My Top 5 Rajon Rondo Memories - No. 3: "The diving hustle-play unlike any other" 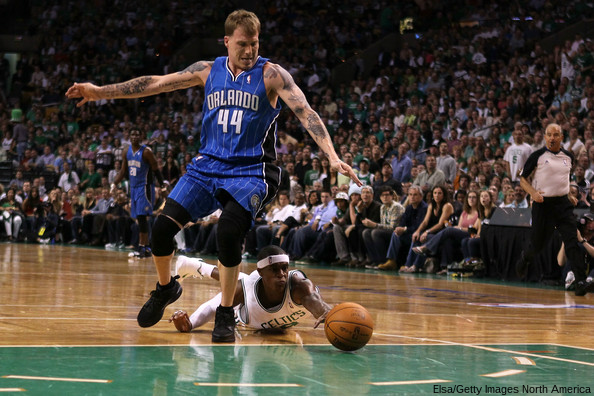 The 2009-10 Celtics finished the regular season 50-32, the fourth best record in the East.  In the second round of the playoffs they shockingly eliminated the top-seeded Cavs, ending LeBron James' career in Cleveland (or so we thought).  Boston then matched up with the defending conference-champion Magic in the East Finals.

The Celtics took both Game 1 (92-88) and Game 2 (95-92) by close margins in Orlando before heading back home for Game 3.  It was a must-win for the Magic, but still Boston jumped out to a huge early lead, doubling up Orlando 34-17 just three minutes into the second quarter.

And then Rajon Rondo did this:

From that point on the Magic were done. The C's cruised to a 94-71 victory and a 3-0 series lead on their way to an NBA Finals date with the Lakers.

I don't remember ever seeing another play like this in an NBA game.