Report: Kevin Love is "seriously" considering opting out of Cleveland 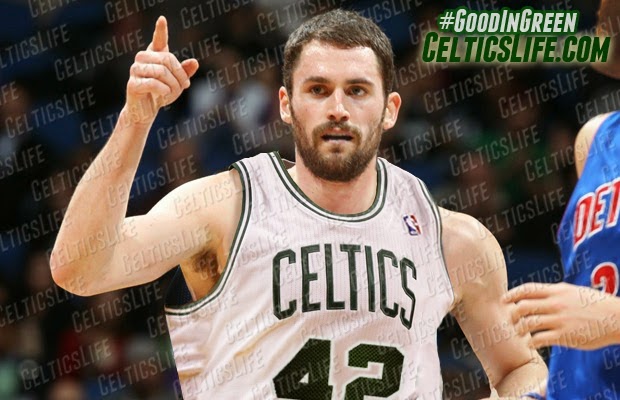 Much attention has been given to the Cleveland Cavaliers' early struggles so far this season.

While the team is 2-3, it's WAY too soon for anyone in Cleveland to have serious concerns. Teams just aren't thrown together with everyone firing on all cylinders from day one. Sure, Boston had a pretty easy transition when it brought in Kevin Garnett and Ray Allen, but part of the reason that team was so special is because of how quickly they gelled. The 2007-08 Celtics were the exception to the rule.

No one should know this better than LeBron James, who, if you haven't heard yet, returned to Cleveland. When James joined the Miami Heat there were some early growing pains before the team figured out their issues and went on to the NBA Finals four straight times, winning twice.

Even so, chatter has already begun saying James' teammate and fellow All-Star Kevin Love is weighing whether or not he wants to play in Cleveland past this year.

From Sam Smith at NBA.com:

It’s not going to get as much discussion during the season, but one of the biggest issues for the Cavs is that both LeBron James and Kevin Love own opt outs after this season. LeBron James basically cannot afford to go anywhere after his return to Cleveland. But watch out for Love. Indications are he will seriously consider the opt out and has his eyes on a return to Los Angeles, where he attended college and where the Lakers long have had him on their free agent wish list.

While Love is expected to opt out, the prevailing theory was/is that he would then sign a max deal with Cleveland so he, James and Kyrie Irving could turn the Cavaliers into the next dynasty. That's still the most likely scenario and will stay that way unless Cleveland continues to play sub-.500 basketball. Something inconceivable on a team with that much talent.

Let's say Cleveland does have a less-than-spectacular year and gets bounced in the second round of the playoffs. And let's say Love simply doesn't like being in Cleveland, either because of the roster, the coach, the city or he wants to be the focus of his team again. If Love wants out, where could he go?

The Lakers, as Smith mentioned, have been linked to Love ever since his UCLA days and he certainly doesn't seem against the idea of going back to the West Coast. While there is some draw there for him personally, and he would become the face of a marquee franchise in the league, that move simply doesn't make sense. If things go bad in Cleveland, Love will have a front-row seat to see what happens when a superstar picks his team based on sentimentality, not by which team gives him the best chance to win.

Then there's the Kobe Bryant factor. Bryant is owed $25 million next season when he will be 37 years old. No, that is not a typo. Love would be joining a cash-strapped team in what will be, presumably, Bryant's farewell tour. That spotlight Love might be craving just got a little harder to get. The team would also need some serious work to even make the playoffs in the West, let alone be true contenders. Bryant's bloated salary certainly doesn't help there. It's hard to see Love ditching Cleveland after one year and going to the Lakers with a "we'll need a couple years to compete" approach. Love may want to play for the Lakers, but if he wants rings more, he needs to look elsewhere. 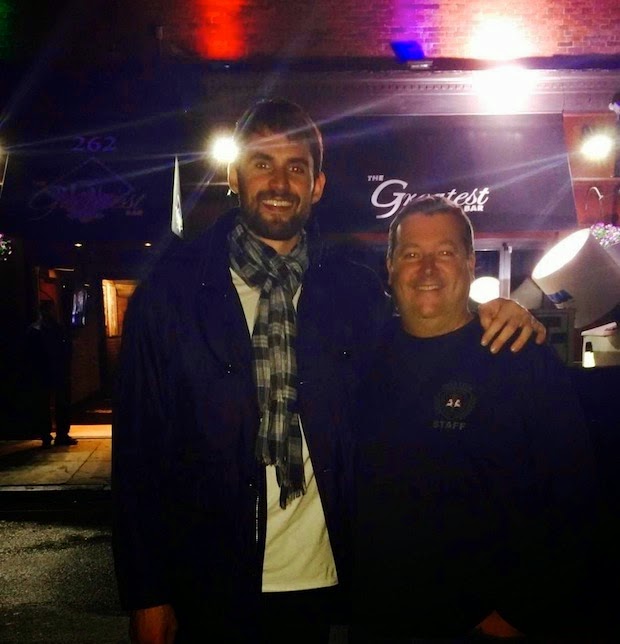 How about the Love Boat docking back in Boston Harbor? Many Celtics fans are likely still stinging from Love's not-so-secret visit to Boston in May and probably don't want to get their hopes up again. For everyone else, if Love wants to be a Celtic, it is possible.

The first issue, as with most issues in life, deals with money. Love wants a max deal. Rajon Rondo also reportedly wants a substantial pay raise this offseason. The Celtics' salary situation is less than ideal to achieve both of those goals. Keep in mind that this team is rebuilding and still had to jump through hoops to get below the luxury tax this year.

There's also the option of selling off Gerald Wallace's $10,105,855 salary to another team with a couple picks to make the contract palatable, but until Wallace is actually off the team, it's hard to consider that a real choice right now. Take all those players away and the team clears out almost $38 million in salary. That's enough, along with the salary cap increase, to re-sign Rondo and go and get Love, but then there's another problem.

The second issue would be filling out the rest of the roster. Rondo and Love alone do not a contender make. The team would still need a center and will be in need of another wing if Green is gone. Depending on how Boston does this year, they could get one of those needs filled in the draft, but rookies need time to develop. That money issue rears its ugly head again as Boston doesn't have much wiggle room to go and get players to play beside Love and Rondo.

If Boston GM Danny Ainge does somehow snag Love, then it may be time to say goodbye to some of these young players. Re-signing Rondo puts a serious hamper on Marcus Smart's development, unless he's fine coming off the bench for the next five years. He, and the team, may be better served if he's traded for another piece they need more than a point guard. (Ugh, that physically hurt to write)

Jared Sullinger would be another player on the block, as Love makes Sully expendable. Sullinger could be moved to the bench, but he'll have two years as a starter under his belt when/if Love arrives and Sullinger has certainly made a case that he deserves to be a starter. Kelly Olynyk also doesn't really work well with Love. He had a center who could score and rebound, but couldn't play defense in Minnesota. It didn't work out well.

Those three are nice, young players who should bring back a decent return. It's far too early to tell what that return could possibly be right now, but they are certainly assets.

Is the Kevin Love-to-Boston pipe dream dead? Not officially, but it may be wise to join those fans who aren't getting their hopes up again. Fool me once...