Perk says Rondo should stay in Boston forever, Rondo agrees: 'I love being a Celtic' 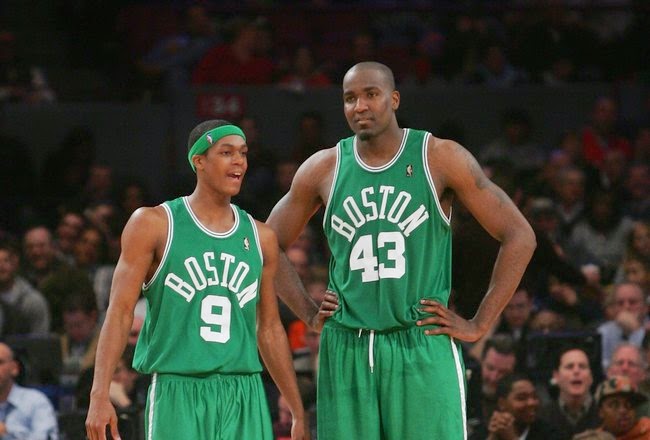 Before tonight's game, Thunder center Kendrick Perkins spoke out about Rajon Rondo's future in Boston. This is important, because Perk isn't your typical opponent. He's also one of Rondo's best friends.

When asked if Rondo should stay, Perk did not mince words. He wants to stay in Boston, and he should stay if given the chance.

“He should [stay],” Perkins replied when asked about Rondo’s impending free agency. “I think this is a great place for him. I think he wants to stay here. We talk on the regular. I think he should stay. If I was him, I’d stay.”

Perkins went into further detail about why he thinks Boston is the right fit for Rondo, even though he had trouble identifying some of Rondo’s teammates.

“I think it’s the perfect situation for him,” Perkins explained. “He’s got a good group of guys around him, a good young coach. It’s his team. He’s able to play the way he’s capable of playing. He’s almost averaging a triple-double.

A reporter then joked with Perk, "but you didn't stay" to which Perk responded "I didn't have no choice". For even the biggest defender of the Green/Perk trade (me)..that cut deep. Man did Perk love it here.

Anyways, back to Rondo. After the game he was asked about Perk's comments, and he said that his enthusiasm for the Celtics hasn't changed a bit.

Rondo agrees with Perkins: "Regardless of what's going on in the season, my perspective hasn’t changed. I love being a Celtic."
— Steve Bulpett (@SteveBHoop) November 13, 2014

None of this means Rondo is a lock to stay of course. But ask yourself this: Have any of the stars that have left their team in the last few years been this emphatic about staying? LeBron wasn't (either time), Love wasn't, CP3 wasn't, Dwight wasn't (again, either time), and the list goes on. The folks that want out stay pretty quiet in public while demanding a trade in the background (those demand never stay silent). Rondo hasn't done that at all, which has to be a good sign about his long term prognosis in Boston.