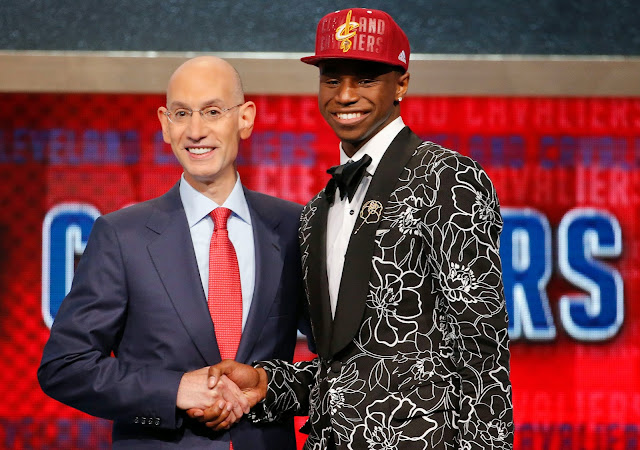 Number one overall pick Andrew Wiggins had the best game of his young career in a game played against the Houston Rockets last night in Mexico City. Wiggins had 15 points on 6-13 shooting in the 113-101 Minnesota loss.

Wiggins had a career high 17 just over a week ago on a more efficient 7-12 shooting in a win at Brooklyn but it was last night's spectacular highlights that made the game against Houston really stand out:

Of course everyone is talking about the block and blow by on Harden but the play that really impressed me was the jab step jumper three off the bounce in the All-Star's face.