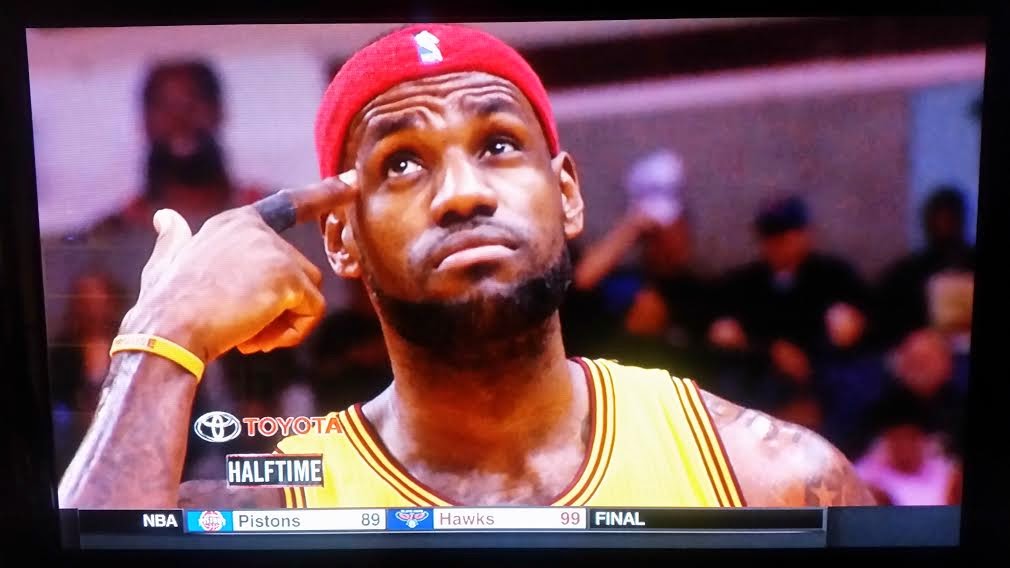 Last night in D.C. the Wizards handed the Cavaliers their third straight loss, 91-78.  Kevin Love scored just eight points in 31 minutes, while going 3-for-8 from the field.  Paul Pierce shot 4-for-7 for nine points, with five rebounds, two assists and a block in 30 minutes of action.

LeBron James was 1 for 8 from the field when guarded by Paul Pierce. His average shot distance on those shots-- 25 feet
— ESPN Stats & Info (@ESPNStatsInfo) November 22, 2014

There are times when LeBron James just looks disgusted on the court with these Cavs: https://t.co/QM8JFkLNDy
— Alex Kennedy (@AlexKennedyNBA) November 22, 2014

Long after all of his teammates are dressed and out of the locker room, LeBron stayed seated at his locker, head down
— Dave McMenamin (@mcten) November 22, 2014


At 5-6, Cleveland is currently in seventh place in the Eastern Conference. And if the Celtics hadn't blown that 19-point fourth-quarter lead to them a week ago, the Cavs would be 4-7, one game behind Boston.  The Wiz, on the other hand, are 8-3 and have the second-best record in the East.