Celtics no match for Grizzlies in Memphis, fall 117-100 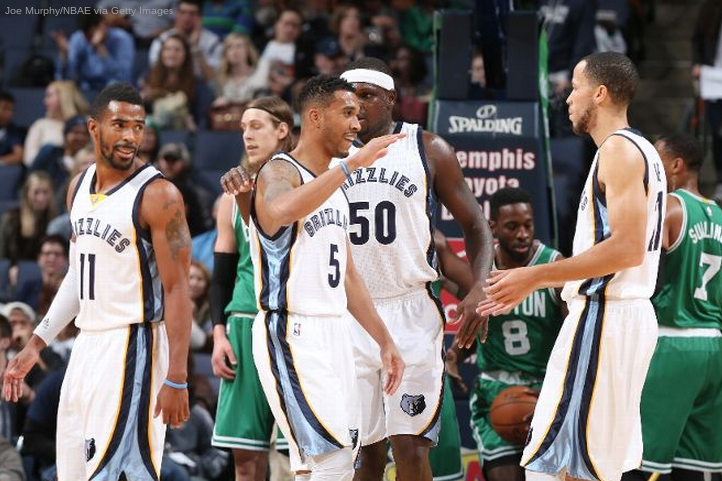 Jon Leuer (Jon Leuer?) chipped in 19 points, seven rebounds and four assists while shooting 9-for-13 from the field in 22 minutes off the bench for Memphis.

Kelly Olynyk paced the C's with 18 points and six rebounds.  Old friend Courtney Lee started for the Grizz and logged 30 minutes of action, but scored just five points on 2-for-5 shooting.  Rajon Rondo had easily his least involved game of the season for Boston, putting up just four points, four assists and five rebounds (all in the first half).

Memphis jumped out to an early 16-7 advantage, then held a similar lead for most of the first and second quarters.

The Celtics had the ball and a chance to get the deficit under 10 before halftime, but Avery Bradley inexplicably took a three-pointer with five seconds left, giving Tayshaun Prince time to hit one on the other end for a 55-41 Grizzlies' lead at the break.

After three quarters Memphis was on top 82-70.  Olynyk made five straight shots during a 14-point period to help keep the Celtics within 12.

The victory was the 21st straight at home for the Grizzlies during the regular season.