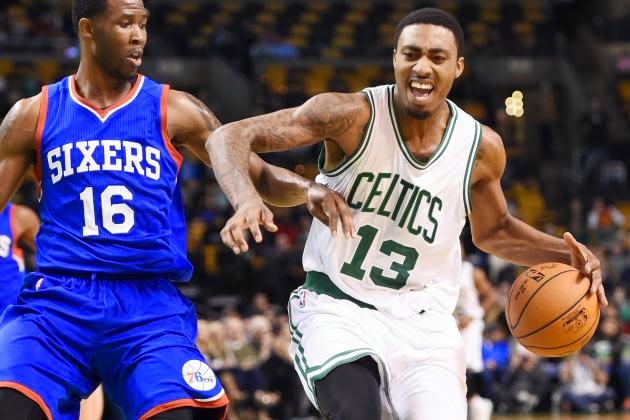 According to Jay King at masslive.com rookie James Young enjoyed his recent game with the D-League's Maine Red Claws:

“It probably will be (a lot of back and forth),” the rookie said Monday night, one day after scoring 21 points in his D-League debut. “We’ll have to see. I wouldn’t mind going back for a few more games, just to get better.”

Young has changed his tune. Before the season, he said he would “definitely not” want to spend time in the D-League, adding that he would rather develop in the NBA.

It's not surprising that Young has changed his mind about getting some run in the D-League.

For one, Jeff Green is playing at a near All-Star level making it tough for Young to break into the Boston rotation. It's very hard for a player that's been a star at every level to all of a sudden not see very much playing time.

Not to mention, with the NBA's rigorous schedule, individual player development can be difficult as a result of the limited practice time.