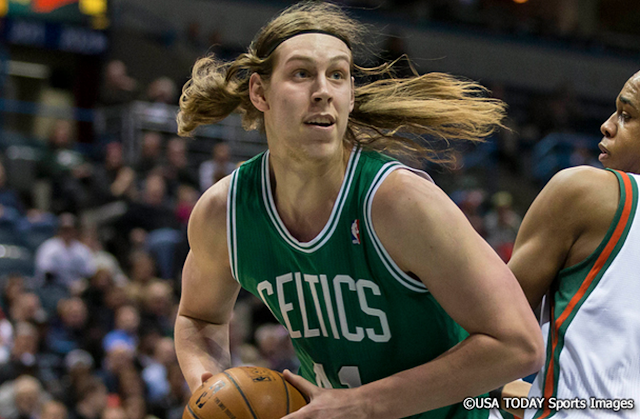 Stevens confirmed what we suspected: Kelly Olynyk was benched because of ineffectiveness.

Brad Stevens’ plan since arriving in Boston has been toying with the lineups, trying different combinations of players at specific times, and trying to ride chemistry and momentum to victory.

Prior to the Marcus Smart injury, we were seeing more and more of the three-guard offense with Rondo, Bradley, and Smart in crucial moments of games. Tyler Zeller, who in limited time over the first stretch of games, has proven to be an extremely efficient offensive option for the Celtics. You can add Brandon Bass and Marcus Thornton to that list as well- efficient options off the bench and reliable for scoring points in bunches.

Down the stretch of last night’s heartbreaker of a loss to the Phoenix Suns, Kelly Olynyk was benched for ineffectiveness. As harsh as Jay King’s tweet may sound, this is the latest in a number of near wins for the C’s - two in as many games. With another punishing series of games right around the corner, the Celtics schedule is going to get a lot tougher before it gets easier, so I doubt this is the last time we’ll see someone get put on the bench for not being as efficient as needed.

Through nine games, Olynyk is averaging 12.8 points and 6.2 rebounds in 26.4 minutes per game. Olynyk posted 4 rebounds, 0 points, 4 personal fouls, and 3 turnovers in 13 minutes of play before Stevens shut him down for the night. Tyler Zeller was able to step in and do more with his minutes, which ultimately lead to him getting most of Kelly’s time last night as he posted 19 points and 7 rebounds in 27 minutes. On the night, he was more effective, so he stayed in the game. Ultimately, this is how it should go no matter what position you’re discussing.

Kelly O is only in his sophomore season and seems to have the faith of Danny Ainge in his corner. His coaches see him as a piece of the team going forward. At the end of the day, these games happen. They just need to happen way, way, way, way, way less frequently.