With Trevor Ariza signing with Houston, could Washington come calling on Jeff Green? 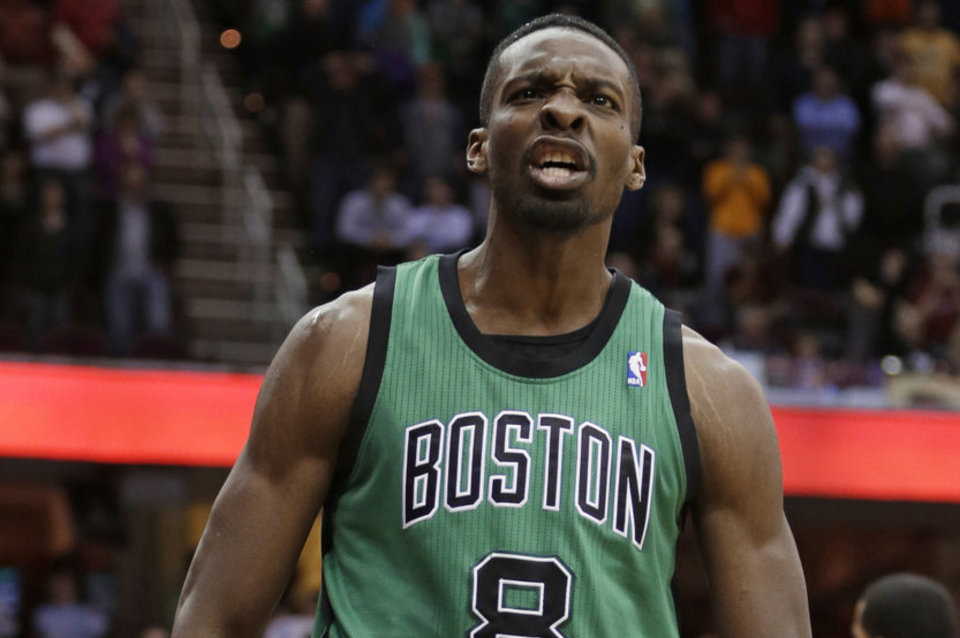 Now that LeBron James and Carmelo Anthony have made their decisions, free agency has picked up and teams are signing players left and right.

The latest signing has swingman Trevor Ariza leaving Washington and heading to the Rockets.

The Houston Rockets have agreed to a four-year, $32 million deal with Trevor Ariza, @USATODAYsports has learned.

This is certainly a blow for the Wizards. They made serious strides towards contention last season and now have arguably the best backcourt in the game with John Wall and Bradley Beal. The last thing they want to do is take a step back just as Beal and Wall start to take off. The Wizards now need a small forward and the crop of free agent wings is shrinking by the day.

Well it just so happens that Boston has a small forward that could be a nice third or fourth option on a playoff team in Jeff Green, a guy the Wizards have reportedly expressed an interest in before.

We still have no idea which direction Danny Ainge plans to go in this rebuild. Rajon Rondo is still on the roster surrounded by a ton of youth. Ainge will undoubtedly keep trying to snag Kevin Love, as long as he's in Minnesota, but the chances of that deal actually happening weaken day by day.

One thing we do know, Ainge is in asset acquisition mode and if he can shed some salary in the process, all the better. Getting Green off the books and getting something meaningful out of him would be a great move.

In terms of trading Green to Washington, there aren't a ton of options. They've been reportedly shopping Nene, but he's owed $26 million over the next two seasons and, at 31 years old, wouldn't make a ton of sense on this roster, unless Love comes to town.

The only move that seems to make sense would be swapping Green for Otto Porter. The third overall pick in the 2013 draft didn't get much run last season averaging 8.6 minutes per game sitting the bench behind Ariza. He could be a very nice starting small forward in the league, but he's an unknown. Not something you want if you are contending right now. Green, while inconsistent, is a much more known commodity and could help take some of the scoring burden off of Wall and Beal, while not having to be "the man" himself.

Green is set to make $9.2 million this season and has a player option for the same in 2015. Porter will make $4,470,480 this season and is controlled financially for the next three seasons after that with a qualifying offer in 2017. The Wizards do have some free cap space at the moment. Not a ton, but enough to be able to swap Porter for Green without having to include other contracts to make the trade.

As for picks, it's hard to say who should give up one. Boston gets to ditch Green's salary and get a nice young piece to continue the youth movement and the Wizards get a starting-caliber wing to keep them in the playoff hunt. Seems like a win-win. Boston might have to give up a second rounder or two just to help facilitate the deal, but it's more than worth it. Even if Boston had no choice, but to give up a first, that Clippers pick in 2015 is always an option.

If this team isn't looking to win right away, Green has to go. He makes too much and Boston can use all the cap space and young players it can get.