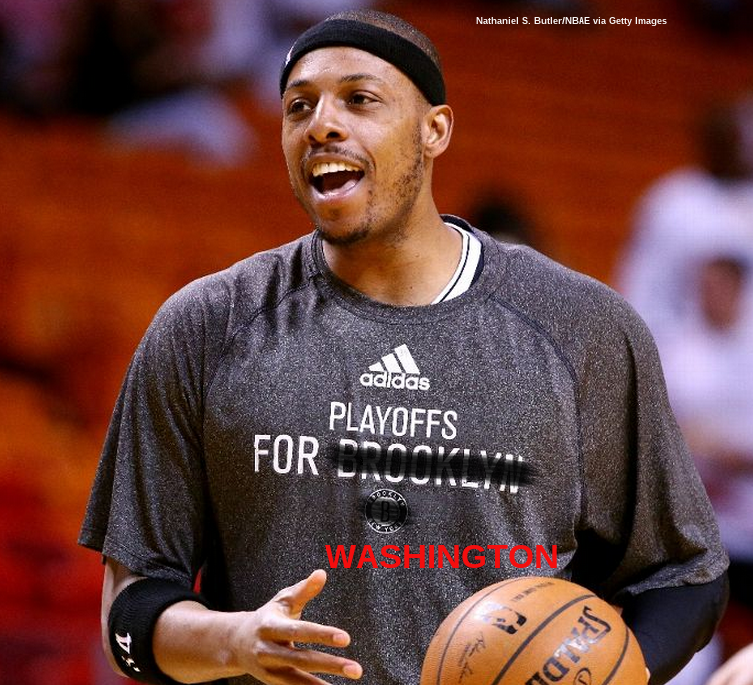 
ESPN has learned that Pierce will sign a two-year deal with the Wizards at the mid-level exception with a player option entering Year 2
— Marc Stein (@ESPNSteinLine) July 13, 2014


THIS JUST IN: Paul Pierce heading to Wizards. He agrees to 2-yr deal worth $11 million, with player option for Year 2. (via @ESPNSteinLine)
— SportsCenter (@SportsCenter) July 13, 2014


And if somehow you're still not convinced, The Truth even said it himself:

This is why I hate all the rumors -- because most of the time when things actually do happen it's stuff like this that NOBODY saw coming.  The Kevin Garnett retirement countdown clock is now ticking fast...