Poll: If the Celtics are done for the summer, are you satisfied? 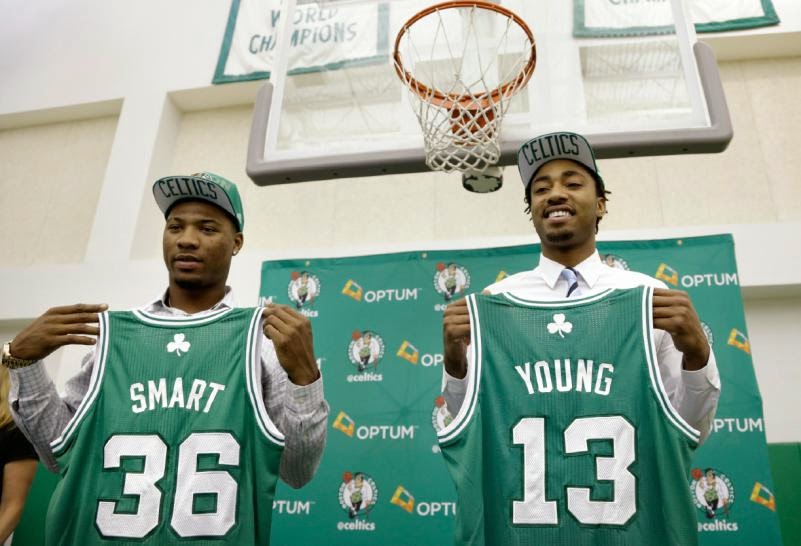 It's July 13th, and here's what we know about the Celtics summer thus far:

- They kept both of their draft picks, selecting Marcus Smart and James Young.

- They traded their Paul Pierce trade exception for Tyler Zeller, Marcus Thornton and a 2016 1st round pick.

- They are considered long-shots for Kevin Love because the Timberwolves want to either keep him, or get an established star back for him.

- Rajon Rondo is still here, and there has yet to be a single serious rumor about him. There just are not a lot of teams with a clear need for a point guard AND the type of assets the Celtics would want in return.

- Currently the Celtics have 17 players under contract, 13 with guaranteed deals, and $71 million worth of cap space taken up with those guaranteed deals. If Phil Pressey and Chris Johnson are retained, they will have 15 players signed for about $73 million. The 2014-15 salary cap is $63.2 million, and the luxury tax is $77 million. So the Cs have very, very little with which to work with and stay under the tax (something they are a lock to do unless the Love deal or another deal for a star suddenly comes to fruition. The Celtics aren't paying the tax this year unless they miraculously enter the realm of being a contender.)

While there will certainly be rumors, both surrounding Rondo and Love, there is a very realistic chance that the Celtics -- much like last summer -- are done making acquisitions by mid-July.

And if they are, are you ok with that?

It's a tough question to answer, but I think the Celtics have turned their attention to the summer of 2015, and I'm starting to buy into that plan. At the moment the Celtics are just starting to form the nucleus of a nice, young core, and they have no cap space. But next summer they will be in much better shape. They will have seven first round picks still playing under their rookie deals (Sullinger, Zeller, Olynyk, Smart, Young, two 2015 first rounders), a whole bunch of cap space, and they should be able to re-sign Rondo to help the recruiting efforts during a loaded 2015 free agent class. And while I know the Celtics have never had much success signing free agents, I can't remember a single summer where they had a ton of cap space and there was a lot of high profile FAs on the market. So I'm confident that one of the many elite big men could end up in green next summer if the Celtics can find a way to shed both Jeff Green (very doable) and Gerald Wallace (harder, but still doable with the stretch provision).

Would it really be better to deal the majority of your assets (let's say Smart, Young, Sullinger and 2 first rounders) for Love this summer, emptying the war chest in the process? I'm not so sure it would be. Don't get me wrong, if the offer was there from Minnesota, I'd consider it strongly, but I think the Celtics could be in much better organizational shape a year from now.

However, if the Celtics are indeed looking at 2015, I do want to see them deal both Green, and if possible, Brandon Bass. I wouldn't expect much in terms of assets for either, but getting Green's salary off the books in 2015-16 is essential to their retooling plan, and Bass is simply going to be taking minutes that should be going to Sullinger, Olynyk, Zeller and Vitor Faverani.

So no, I'm not quite satisfied yet. But I do think the organization is getting closer to making a major splash, and considering 367 days ago they had no first round picks besides their own, and were the oldest team in the league, that's pretty damn good for year one of a rebuild. But these things take some time, and as much as we all hoped that it could be done in a year, it may make more sense to take the two-year path instead of trying to force it in one.


For more on why I think summer 2015 could be a good one for the Celtics, check this out.