Eye on the draft: 5 options the Celtics will consider with the 17th pick 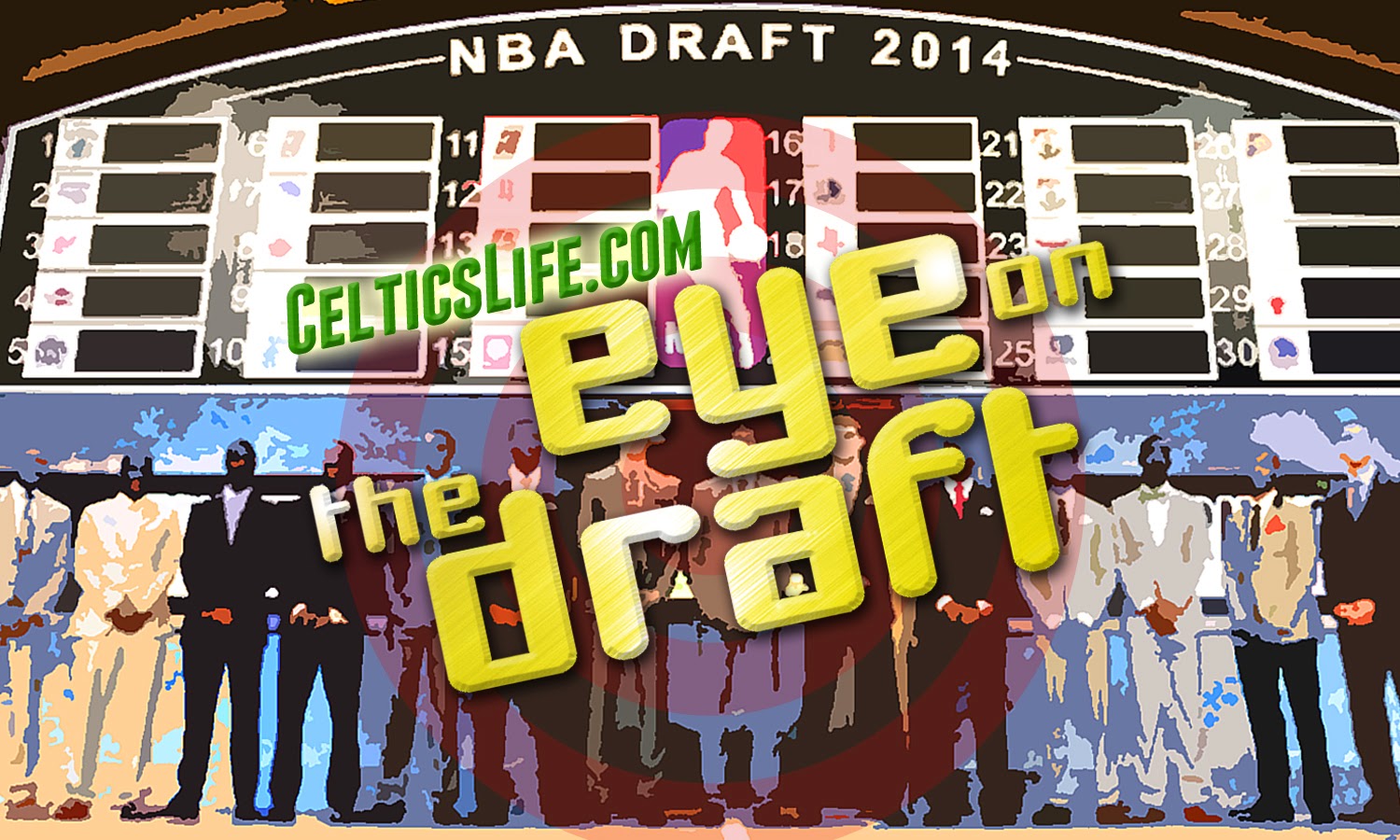 In case you haven't been made aware, this is a huge summer for the Boston Celtics. Much discussion has been made of what Danny Ainge should do with the sixth overall pick in the draft. Use it on a potential star? Try and trade the pick for Kevin Love?

What has been left behind, is what Ainge should do with the 17th overall pick that Boston received from last summer's Nets trade. Much of it depends on what happens with the Celtics' first pick, but there are still some options that should be appealing with the 17th pick if it is not traded.

Here are five players that not only could be available when Boston's second pick rolls around, but that may just intrigue Ainge enough to use the pick on one of them.

1. Adreian Payne (Michigan State, senior): The idea is that Ainge will most likely be getting a big man with the 6th pick if it is used. Aaron Gordon, Julius Randle and Noah Vonleh being the obvious candidates. But lets say that doesn't happen. Payne at 17 would be a nice constellation prize.

The 6-foot-10 senior would come in NBA-ready and give the C's some depth up front. Payne averaged 16.4 points and 7.3 rebounds last season for the Spartans, including a 41 point performance in the NCAA Tournament. Payne is a very safe pick and has one of the highest floors in the draft, so Ainge and Brad Stevens know what they would be getting with this pick.

2. T.J. Warren (N.C. State, sophomore): I feel like everyone treats Warren as if he is a senior. Forget the name and just look at the following. A 6-foot-8 sophomore swingman averaged 24.9 points playing in the ACC last season. This kid is good.

I would have expected Warren to be picked around 10th overall in this draft, but that won't be the case. I think Warren would be a steal at 17 and could replace Jeff Green in no time. He doesn't blow you away in drills, but just let him play basketball and he impresses every time.

3. K.J. McDaniels (Clemson, junior): McDaniels is an insane athlete that plays much bigger than his size. At 6-foot-6, McDaniels averaged 2.8 blocks last season in the ACC -- swatting a shot in one out of every 11 possessions he was on the court.

McDaniels also averaged 17.1 points and 7.1 boards, and although he is mostly effective on the inside, he can step away from the basket as well. He may be considered a little undersized in the NBA, but if he is able to play small forward full time, he has a bright future.

4. Zach LaVine (UCLA, freshman): LaVine may have worked himself into the lottery when he measured out at 6-foot-6 with a 43-inch vertical at the combine, but he is also a project. If I had to guess, I would say someone rolls the dice on him before 17, but if he is on the board, Ainge has to consider LaVine.

LaVine is a great athlete and a decent shooter with room to improve his shot. Although he worked out as a point guard at the combine, he could play alongside Rajon Rondo, or become the point guard of the future if Rondo is moved. If LaVine is gone and Ainge wants to explore the young point guard option even further, a name like Tyler Ennis could arise as well.

5. Shabazz Napier (UConn, senior): The Roxbury native is excited by the idea of returning to play for his hometown team, and it's not all that unrealistic. Napier has been climbing draft boards all season and I expect him to continue to until draft night.

The question is, where does 'Bazz fit in? If he reaches his potential, Napier would be a fine third guard in Boston's rotation. But much like LaVine, Napier can also serve as Rondo insurance. . . something I would be surprised if Ainge doesn't address soon. Napier is a better point guard than people think, and is a lights out shooter that has proven himself on the big stage.

June 26th is right around the corner people. . .