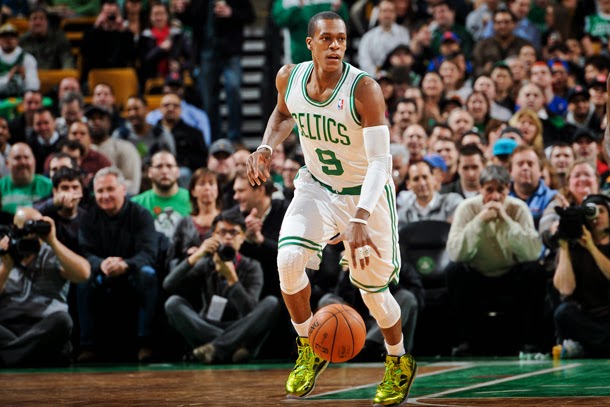 Last season, Rajon Rondo employed the services of personal statistician/consultant Justin Zormelo and will continue to work with him this season. 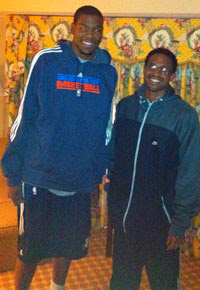 According to Scott Cacciola and the New York Times Zormelo got his start working with Kevin Durant in 2011 and has had more than 30 N.B.A. clients since starting his company Best Ball Analytics in the same year:

Justin Zormelo, a 30-year-old Georgetown graduate, is at the forefront of a growing industry, his services a must-have accessory for the playoffs. Zormelo, who spends hours every day hunkered over a laptop in his home office, has become the go-to source for players who want a private guide through the emerging world of advanced analytics.

Let others conduct wind sprints and weight-room sessions. Zormelo, who works for individual players and not their teams studies film, pores over metrics, and feeds his clients a mix of information and instruction that is as much informed by Excel spreadsheets as it is by coaches’ playbooks. He gives players data and advice on obscure points of the game — something many coaches may not appreciate — like their offensive production when they take two dribbles instead of four and their shooting percentages when coming off screens at the left elbow of the court. 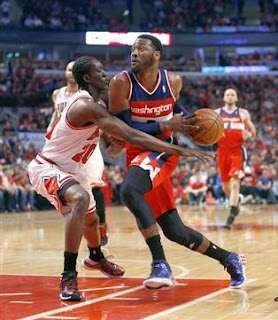 Zormelo's impact has already been felt significantly in this year's playoffs. During the Washington Wizards first round victory over the Chicago Bulls he provided Washington guard John Wall with some valuable insight:

Last month, Zormelo was at his computer watching film of Wall’s effort against the Chicago Bulls in Game 1 of their first-round series. The Wizards won, but Wall shot 4 of 14 from the field. Zormelo highlighted an area of concern: Wall was leaving his feet too often before making passes. Zormelo wanted Wall to be more decisive.

“No more getting caught in the air,” Zormelo wrote in a text message to Wall. “They saw that, and they will stay at home when you drive and look for steals in Game 2.”

Zormelo reinforced the point by sending Wall an email with sequences of game footage. Wall responded via text: “I appreciate it a lot. I agree. I think I need to be more aggressive attacking the basket.”

Over the next four games, Wall averaged 19.5 points and 7 assists as the Wizards advanced to the Eastern Conference semifinals.

Some might think Zormelo's appraisals could be a conflict of interest especially if what he is telling the player is in contrast to the head coach's instructions. 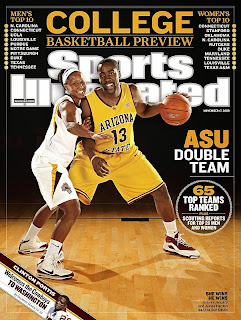 According to former Arizona State University Associate Head Coach Eric Musselman, who also has NBA head coaching experience, this is not a huge concern:

“Ideally, you want to have all the basketball X’s and O’s coming from your coaching staff,” Musselman said. “But I also think coaches are open-minded enough to understand that things have changed.”

Players, of course, have become multimillion-dollar businesses unto themselves, and if one of the people they listen to is someone like Zormelo? It could be worse.

“You might be like, Hey, that guy’s not teaching what I’m teaching,” Musselman said. “But at least the player is working at his game instead of sitting on his couch watching cartoons.”

For any Celtic fans who are also analytic enthusiasts the end result is it should be fun to try and dissect Rajon Rondo's adjustments next season as well as trying to figure out if these adaptations are more attributable to the Celtic coaching staff or Zormelo's discerning eyes.