Celtics schedule draft workouts for seven players, get to know each of them 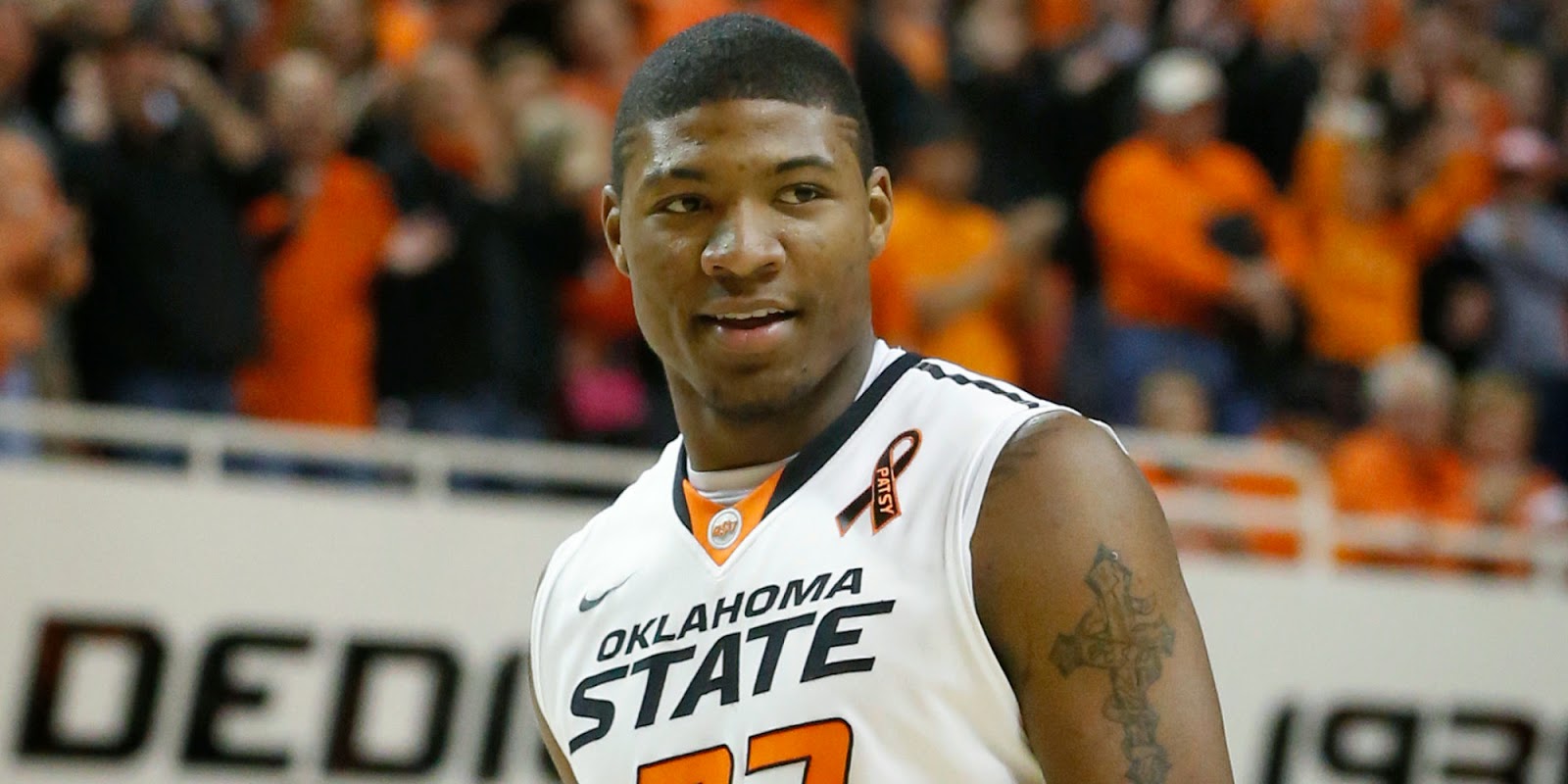 The NBA draft is in 30 days, and the Celtics are beginning the process of scheduling workouts for potential fits. Boston owns both the #6 and #17 picks in the draft, and for now they seem to be focusing mostly on working out guys who could be around with their second pick.

According to CSNNE, the Celtics have five workouts scheduled, one with Marcus Smart (who's expected to be picked in the top-eight) and four with guys the Cs may be looking at with the 17th pick.


But according to ESPN's Jeff Goodman, the Cs are also planning on brining in Wichita State's Cleanthony Early and Clemson's KJ McDaniels.

Assuming both reports are correct, that means there are seven guys in all scheduled to workout with Boston (with Smart possibly getting his own workout).

While the sixth pick is clearly the bigger asset -- both in terms of talent available and trade value -- there are a lot of really intriguing guys that should be available at 17.

Among those working out, I like K.J McDaniels a lot. He's currently the 22nd ranked prospect on Draft Express, and he continues to rise on just about every mock draft because of his athleticism and potential to be a lockdown defender in the NBA. He's 6'6" with a 6'11" wingspan and a 37-inch vertical leap, and he improved a lot on the offensive end during his final season at Clemson, averaging 17 points per game (with 46/30/84 shooting splits). Overall McDaniels averaged 17.1 PPG, 7.1 RPG, 1.6 APG, 2.8 BPG and 1.1 SPG, check out his Draft Express scouting video.

As for the others:

- Smart is the biggest name, and the only guy listed that is a likely target for the Celts with the sixth pick. We've already discussed him a bunch, but he's Russell Westbrook-light, the crazy athletic point guard who can't shoot but can do just about everything else.

- T.J. Warren is a small forward out of NC State who averaged 24.9 PPG last season. Warren is a pure scorer who can basically do it all on offense besides shoot threes. He's got a great mid-range game and can get to the basket seemingly at will, illustrated by his 53% shooting and 6.5 free throw attempts per game. Defensively he's nothing special, but at 6'8", 215 he's got the size necessary to guard small forwards.

- P.J. Hairston actually spent last season in the D-League after being dismissed by UNC, but the 6'5" SG is still expected to be a first round pick. Hairston averaged 21.8 PPG with the Texas Legends, firing nearly eight threes per game (!!) and hitting on 36% of them (should be noted, this is NBA three-point range, so unlike the other guys in the draft we know what we're getting range-wise). Hairston has great size for a 2-guard (6'5", 225), but the major question with him will be character. Did he learn from his mistakes in college, and can an NBA team count on him going forward?

- Most of you probably got to know DeAndre Daniels during UConn's national title run, as the Junior played fantastic as the Huskies shocked the world. But to be honest, I'm not a huge fan of his game. Yes, he can shoot (42% 3 PT), and he's certainly big enough to play the 3 in the NBA (6'8")..but there's not much else to him. According to Draft Express, he had only 17 assists in 1,100 minutes last year -- the worst rate of any player in the entire draft. He's also not much of a defender, and at 195 pounds he could get pushed around by better athletes. He's also not expected to be selected until the end of the first round or second round, meaning he would seemingly be a reach at #17. Hoping Danny stays away (although maybe Ainge likes him in the second round and the team would consider "buying" a second round pick to grab him..wouldn't hate that).

- Finally we have Cleanthony Early, the only senior heading to Boston for a visit. Early averaged 16.3 PPG and 6 RPG for Wichita State this year as they had their magical undefeated regular season. I was shocked at first when I watched Early, as I was expecting the Shockers to be full of the "average athlete, fundamentally sound" type guys. Only Early was one of the most freakish athletes in the entire country. His vertical measured 40 inches at the combine, and his 6'11" wingspan is more than good enough at the 3 in the NBA. He's also a solid shooter (49% FG, 38% 3 PT, 84% FT), meaning he's not just a high flyer. However, he's not considered a very good defensive prospect, and he's already 23 years old, meaning he may have less room for growth than other guys in the draft. Like Daniels, I'd be disappointed if he was the Celtics' guy at #17, but much less disappointed if Ainge made a move and grabbed him in round two.