Celtics go 0-15 out west for the first time in franchise history, but it's not as bad as it sounds 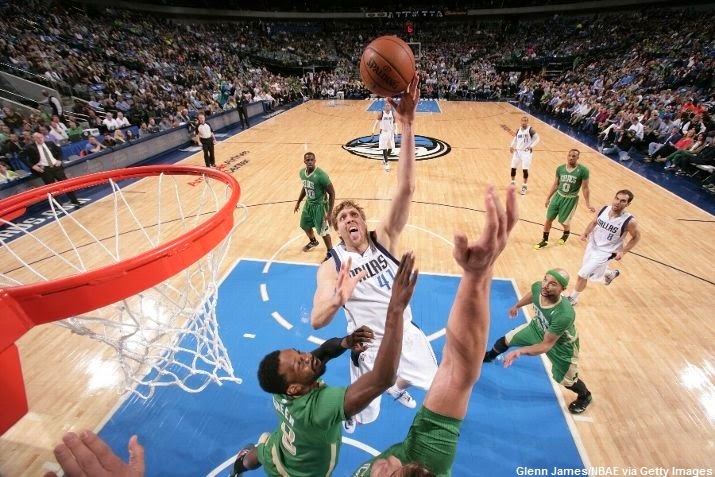 Yesterday's 94-89 defeat in Dallas was Boston's final road game of the season against a Western Conference opponent, and for the first time ever they went 0-15 in those contests.

#EliasSays The Celtics lost every road game vs a Western Conference team for the 1st time in their 68-season history http://t.co/hTnKfblRcK
— ESPN Stats & Info (@ESPNStatsInfo) March 18, 2014

But the only reason we're talking about this is because it's unusual, and it just happened.  There's nothing historically bad about this particular Celtics team, it's just a weird coincidence.  The C's played fairly well in Dallas last night, and could have easily won.  They probably should have won in New Orleans the night before.  In fact, Boston was actually surprisingly competitive in their games out west for a team that went win-less.

They did get blown out in 4 of their first 6, but over their final 9 western road games the C's fell by double-digits on only one occasion ( a 12-point loss in Utah on February 24).  Back in January the Celtics dropped consecutive games to the Clippers and Warriors by just 6 and 2 points, respectively.  Their average margin of defeat in those last 9 contests was only 6.2 points.  That's really not a bad number at all when you consider that for the season (including wins) the Celtics have a per game differential of -4.  Boston's total differential for the 15 away losses to western teams is -11.33, which is actually better than the Sixers overall average scoring margin of -11.4.

For comparison, last year's 41-40 Celtics squad went 2-13 on the road vs the Western Conference, and lost those games by an average margin of 8.8 points.