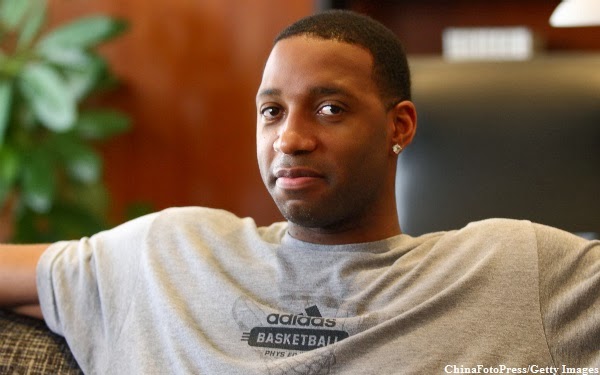 
The 34 year old McGrady retired from basketball last August, and has apparently been fine tuning his baseball skills ever since.  Yesterday the Sugar Land Skeeters released this official statement:

“Tracy McGrady is one of the most elite athletes of this era and we appreciate his interest in pursuing a life-long dream with the Sugar Land Skeeters and the Atlantic League. While the Atlantic League is considered the highest level of baseball outside of Major League Baseball, McGrady has demonstrated skill, determination and diligence during his training program at Constellation Field. We look forward to monitoring his progress.”


This morning McGrady called in to ESPN's Mike & Mike show to discuss his plans (it's a cool interview, I recommend listening), here are some of the highlights:

It's worth noting that the Sugar Land Skeeters are a long ways away from the majors, they play in the Atlantic League of Professional Baseball, which is not affiliated with MLB.  And if you're wondering why the name sounds familiar, the Skeeters are the same team that a 50 year old Clemens made two surprisingly impressive starts for back in 2012.