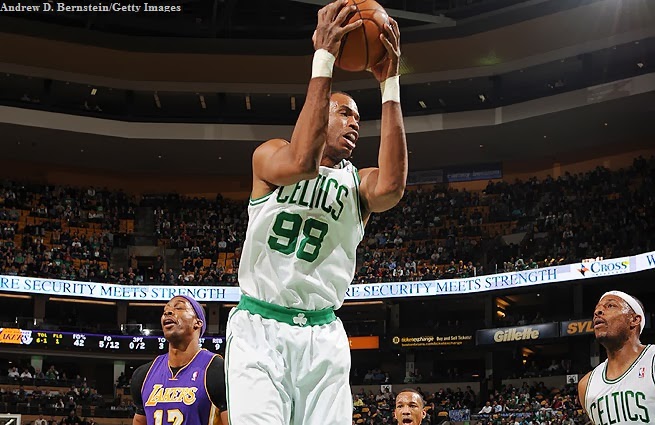 The Brooklyn Nets are giving strong consideration to signing Jason Collins to a 10-day contract that would position the free-agent center to become the NBA's first active openly gay player, according to sources with knowledge of the situation.

Sources told ESPN.com that the Nets, after letting Thursday's trade deadline pass without making a deal for Los Angeles Lakers forward Jordan Hill, have identified Collins as a prime candidate to fill one of their two open roster spots and bolster a depleted frontcourt rotation via a 10-day deal.

No final decision has been made, but the Nets on Thursday night confirmed an earlier ESPN.com report that Collins was auditioned by the team in a private workout in Los Angeles earlier this week to assess the state of the 35-year-old's game.


If Collins did go to Brooklyn it would be a very familiar place.  He played for the Nets from 2001-2008, alongside current head coach Jason Kidd.  Collins was also a teammate of Joe Johnson for three seasons in Atlanta, and is friends with Brook Lopez via the Stanford connection.  And then there's also the year (well, almost a year) he spent in Boston with Paul Pierce and Kevin Garnett last season.

For Collins (and the Nets) is it worth going through the experience of making him the NBA's first openly gay player on just a 10-day contract?  I would have thought a lottery bound team looking for some goodwill might be interested in signing him for the rest of the season.  How about the post fire sale 76ers?  Or even the Celtics?  Boston has a roster spot available and a little bit of room left under the luxury tax...