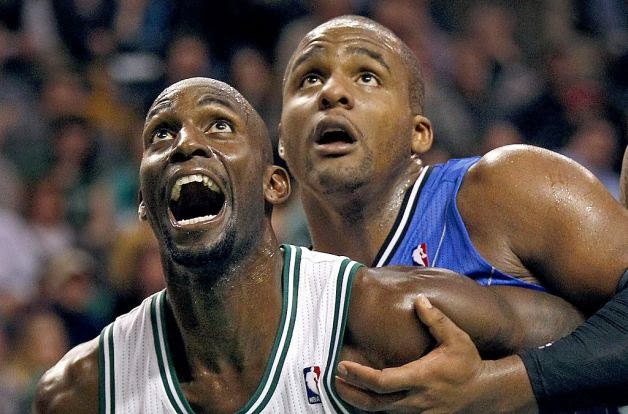 Yesterday, we learned that former Boston Celtic Glen "Big Baby" Davis was being bought out by the Orlando Magic, and that there was a strong possibility he could reunite with Doc Rivers in Los Angeles. However, the Brooklyn Nets are also among the teams that are interested in Big Baby, according to Yahoo Sports:

The Brooklyn Nets, who like the Clippers are searching for a backup big man, have significant interest in Davis too, league sources said. Also interested, according to one of the sources, are the Miami Heat, San Antonio Spurs and Golden State Warriors.


If the Nets land Davis, we might as well call them the Brooklyn Celtics, since Big Baby would be reuniting with Kevin Garnett and Paul Pierce. But the Nets have also expressed interest in another former Celtic, Jason Collins, so it's unclear whether they would want to want to use their two open roster spots on both big men.

According to Yahoo's Adrian Wojarnowski, Garnett is actively trying to recruit Davis to join him in Brooklyn:


Either way, if Davis is reunited with KG/Pierce or Doc Rivers, it leaves the door open for more memorable Big Baby moments like these:

Above photo by Charles Krupa/AP