Damn it feels good to be a gangsta, I mean Celtic

Brandon Bass is excited he made it through the trade deadline without being moved:

Brandon Bass: "To be honest, it feels good to remain a Celtic.... Nobody really wants to be moved last minute." 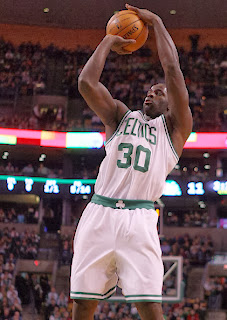 In truth, Bass has been a great Celtic but had to be sweating the deadline to the last minute considering the stockpile of young talent the Celtics have at the power forward position between Kelly Olynyk and Jared Sullinger.

He also demonstrated to the Celtic front office that he REALLY didn't want to be traded the other night having one of his highest scoring outputs of the year (18) against the Suns.

Bass is in the second year of a three year $19,350,00 deal and it definitely will not be a surprise if he is no longer a Celt by the time his contract expires at the end of next season.