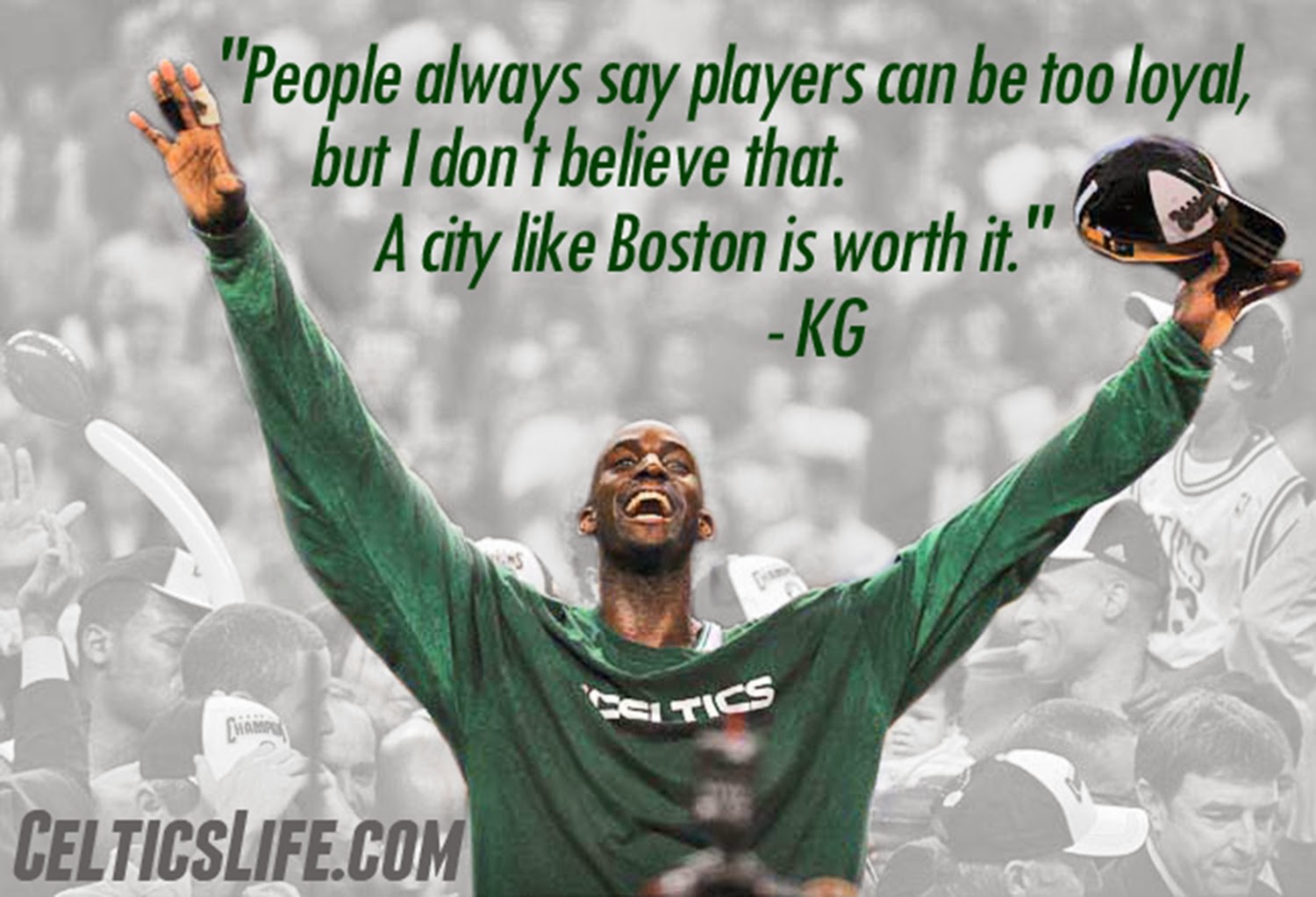 Sunday night blew expectations out of the water in terms of how special it was having Paul Pierce and Kevin Garnett return to the Garden. It was Pierce's night in many ways, but KG was more than appreciative of the organization, the fans and the city when it came time for him to speak post game:


KG: "This was bigger than Minnesota. Even going back to Minnesota wasn't like this."
— Boston Celtics (@celtics) January 27, 2014


KG: "The 1 word that comes to mind is 'unbelievable.' I didn’t expect anything like that. It shows the 1st-class organization that this is."
— Marc D'Amico (@Marc_DAmico) January 27, 2014

Garnett was loyal till the end in Boston. It can even be argued his loyalty runs so deep that he accepted the trade to go to Brooklyn to help the Celtics get their rebuild underway. But there's no need to argue when it comes to KG's love for Boston, that love is still very much alive, and maybe as strong as ever.