Cavaliers acquire Deng from Bulls for Bynum and picks 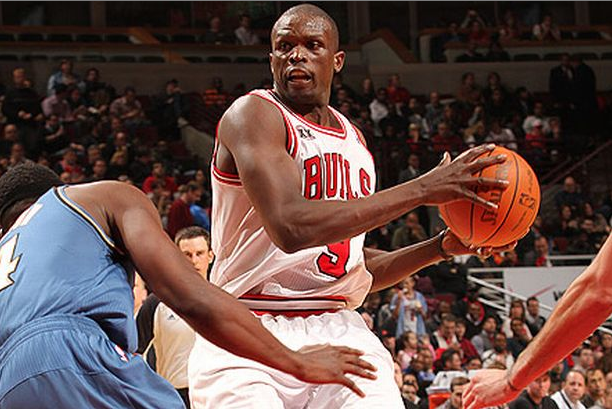 In a deal announced last Monday night, the Cleveland Cavaliers have come to terms with the Chicago Bulls on a deal that will send All-Star forward Luol Deng to the Cavs for Andrew Bynum and a draft pick. ESPN’s Brian Windhorst confirmed the story as did Cavs owner Dan Gilbert.

Welcome @LuolDeng9 to the Cleveland Cavaliers!

It is expected that Bynum will be released before 5:00PM on Tuesday before his $12.3M contract becomes guaranteed. This move will save the Bulls over $15M in salary and taxes and bring them below the salary cap.

RT @WindhorstESPN: Cavs turn 24 games of Andrew Bynum into All-Star SF in Deng. Bulls save $15M+, get below tax, get future first-rounder

The draft picks Cleveland is sending is a first round top 10 protected pick through the next two drafts from Sacramento, and two second round picks from Portland in 2015 and 2016. The Bulls will have the right to swap picks with the Cavs in 2015, but that pick will remain lottery protected.

Bulls also get right to swap first round pick with #Cavs in 2015 draft, but it's lottery protected. And the swap rights expire after 2015

This trade immediately reshapes the eastern conference and while it may not dramatically change the final outcome, it sure just made the playoff picture a little clearer. This also gives Bynum the freedom to sign with whatever team he choses.

If Bynum now signs with Heat and helps them this spring - imagine if Dan Gilbert inadvertently helped LeBron win another title?