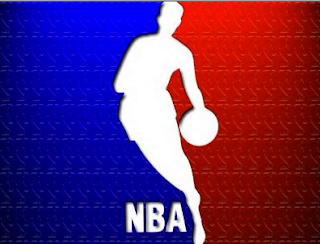 The question on the mind of every Celtics fan since 2012's improbable run to the ECF has been "when does Danny Ainge blow it up?"

Well that question has been answered... hypothetically. The staff of CelticsLife has taken to the ESPN Trade Machine to find some additional options for the Celtics to consider.

As soon as the Rockets signed Dwight Howard, rumors of Asik requesting a trade started flying around faster than D12 jerseys into LA garbage cans. Just a year prior, Asik had signed with Houston with the intent of being a starting center for longer than one season. For the 2013-14 season, head coach Kevin McHale's early season plan is to utilize both Asik and Howard at the start of games and then manage their minutes opposite each other. This cannot be what Asik had in mind, nor is it a solution for Houston who just signed arguably the best center in the NBA to a multi-year multimillion dollar deal.

Trading for Jeff Green would immediately upgrade Houston's power forward situation currently occupied by Greg Smith and Donatas Motiejunas. Despite being earmarked as the replacement for Paul Pierce at small forward, Green has spent considerable time at the power forward position for Boston. During the Celtics home opener this week, Green started at shooting guard. What this shows is that the man is versatile and would provide depth at multiple positions on the floor in both a starting or bench role.

This trade helps Boston by sending the Celtics a pure center – something Boston has not had since 2010-11 when Kendrick Perkins was traded to Oklahoma City. Sure, Shaq was on the team and contributing when he could, but there wasn't enough Gold Bond medicated powder in the world to repair all of Shaq's injuries down the stretch. Moving KG to center was a genius move by the Celtics coaching staff because it created so many mismatches. However, that was two years ago, Garnett isn’t on this team anymore, and the Celtics need a real center around whom the team can rebuild.

As much as I like the Jeff Green redemption story, this trade makes a lot of sense. Pull the trigger, Danny!

Making trades to make trades is dumb. It is dumb in fantasy sports and it is dumber in real life. I think we can safely now say with certainty that the Celtics are in rebuilding mode, correct? At this point in the rebuild, they don't know what tools they have in the shed- they just now they need to build something. Until Rajon Rondo comes back, they don’t know what they must hold on to, what they need, or what they want. Making this trade does nothing but muddy the waters. It is moving a player for the sake of doing so.

Jeff Green, when properly motivated, has shown that he can score points in bunches, move the ball, and provide explosive offense in tight situations. This trade also rids the Celtics of the one thing they truly need right now: leadership.

The Celtics are not currently hurting for guys who can play center. Bass, Humphries, Faverani, Sullinger, and Olynyk will all split time at center because head coach Brad Stevens is moving away from traditional player roles and towards positionless basketball. Trading for Asik limits the growth of this philosophy as well as the development of Sullinger, Olynyk, and Faverani.

At the end of the day it boils down to this: points win basketball games and Omar Asik does not score points. Jeff Green does. While the Celtics are in rebuilding mode, they need to make room for their scorers to score. Sending their biggest scoring threat to the Western Conference doesn’t help as much as it hurts. Hold tight, Danny!

Which Side Are You On?

Call it a rebuild, call it a reboot, call it whatever you want. The 2013-14 Boston Celtics season is full of question marks- of which the value of Jeff Green is one. Either as a building block for the future, or a contract friendly trade chip, Jeff Green will be a big factor for the Celtics this season. If you were in Danny's shoes, would you do this deal?