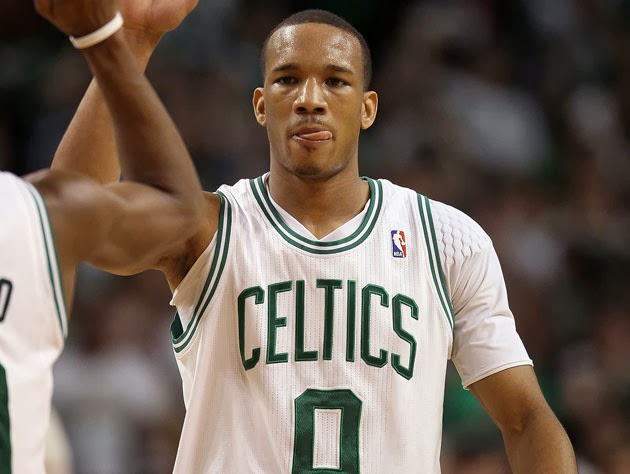 Not a shocker, but the deadline for the Celtics to reach a contract extension with guard Avery Bradley has passed - meaning AB will become a restricted free agent next summer.

#celtics and Avery Bradley unable to agree to framework of 4-year deal, according to source. he will be a restricted free agent next summer
— gary washburn (@GwashNBAGlobe) November 1, 2013


"Restricted" free agent means that Bradley is free to sign with another team, but that the Celtics have the right to match any deal and retain his services.

While I think that Bradley is still a logical bet to remain in Boston, working out an extension just made no sense for either side. For the Celtics, they still badly need to see Bradley make some sort of offensive improvements to warrant a 4 year deal at $5-7 million per season. So if they were going to sign him now - the offer would likely be more along the lines of $4 million a year.

But if you're Bradley, why would you sign for that when you believe in yourself as a player and expect to have a good season this year, therefore raising your price tag?

This was a classic, better for both sides to wait conundrum. Sure, if Bradley has a monster season the Cs may end up paying more - but if he suffers another shoulder injury or simply fails to improve offensively - they dodge a bullet by not having him locked in at decent money for 4 seasons.

And at the end of the day, if Bradley does have a huge season, they can still retain him. They'll have plenty of money to work with and won't mind giving him a little more if he plays like 2011-12 Bradley again.

So, while I'm sure many folks would have liked to see AB locked up before the deadline..don't fret too much. As with any restricted free agent, the odds of them being retained are always better than of them leaving.

P.S. MarShon Brooks' option was declined, making him an unrestricted free agent next summer. Gotta say something that the Celtics don't even see him being worth $2.18 million - doesn't it?

The #celtics have declined the contract option on MarShon Brooks, making him an unrestricted free agent next summer
— gary washburn (@GwashNBAGlobe) October 31, 2013