Russell Statue Unveiling is back on! 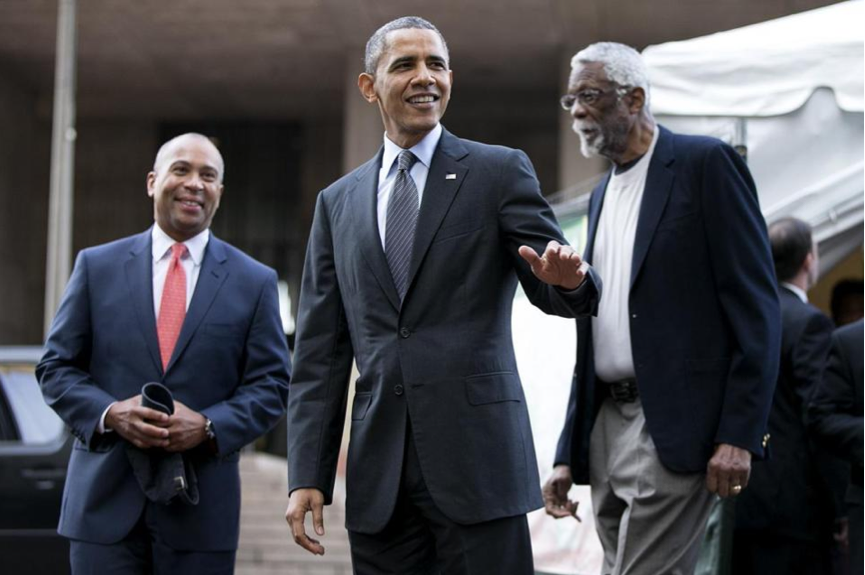 Inclement weather be damned... The Russell Statue unveiling is back on!


It’s a day to honor another of Boston’s greatest sports champions.

A statue of former Celtics star Bill Russell is scheduled to be unveiled Friday at 2 p.m. at City Hall Plaza. Russell played center from 1956 to 1969, also serving as player-coach for three seasons. During that 13-year period, the Celtics won 11 NBA titles. Russell was inducted into the Basketball Hall of Fame in 1975 and some believe Friday’s Boston ceremony is long overdue.

Among the many sports and political figures scheduled to join Russell at the unveiling are the daughters of the late legendary Celtics coach Arnold ‘‘Red’’ Auerbach. President Barack Obama awarded Russell with a Presidential Medal of Freedom in 2011 and Obama was given a sneak preview of the statue designed by a local artist during his visit to the city on Wednesday.