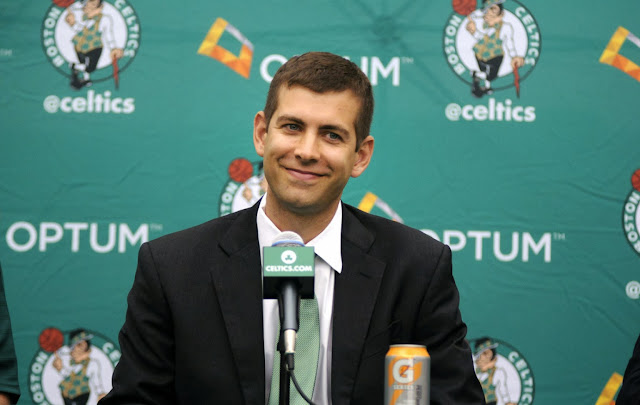 Jeff Green's game winning buzzer beater against The Heat was one of the most awesome regular season victories and plays for The Boston Celtics that I can remember.

In this segment, I am going to break down the play and everything that transpired to create the perfect confluence of events to make the shot happen.

Anyone, who's coached on any level knows that it's much more difficult than the "experts" and Monday morning quarterback fans would have you believe.

Many coaches on both the collegiate and NBA levels are very strong in some aspects of their craft, but not as formidable in others. Not unlike an NBA player who is a great spot up shooter but then is weak off the dribble, driving to their left, or whatever...

Obviously, two huge coaching characteristics from the high school level on up coaches need to possess are player development skills and in game X's and O's ability.

As was mentioned prior some coaches may be great at teaching a player fundamentals but not as strong with in game decisions and drawing up plays and vice versa.

From my time watching Butler in the collegiate ranks as well as logging some of their games for Synergy Sports Technology I've always felt Brad Stevens is excellent at both.

With regards to player development one only has to look at Gordon Hayward of the Utah Jazz, his basketball IQ and how he continues to grow in the league to see Stevens ability in this realm. Not to mention, Stevens made back to back national championship games at a mid-major school that gets far from the high school talent that the Dukes, North Carolinas, Kansas and Kentucky's of the college basketball world attract.

As far as X's and O's Stevens ran a motion offense at Butler that largely allowed his players to make their own decisions but also incorporated brilliant set plays depending on the defensive strategy of the opposing team.

That is one reason I was so excited when I first heard about the Stevens hire and one of the many reasons I wanted to write for Celtics Life so badly.

He was/is, in my mind, a genius coach especially in the pick and roll and because that's such a staple of NBA basketball I felt that huge in his being the perfect young coach to rebuild after Doc's departure.

Anyhow, Green's game winning shot was basically what's known in basketball terms as a screen the screener play. Essentially what this means is that the player designed to take the shot sets a decoy screen which often times discombobulates his man (the screener's) who is looking to help on said screen.

Afterwards, the player who the shot is designed for (*Jeff Green) comes off his own screen hopefully with his defender being out of position because of being distracted by the initial screen.

I know it sounds like one of those Chris Paul Nike #riquickulous commercials but it's really not that complicated.

On this specific play, Jordan Crawford, who had a great games, so was the perfect person to utilize as the decoy (15 points, 3-5 from deep) comes off a total of three screens the first set by Avery Bradley, the second a high screen from Kelly Olynyk and a third screen from Green.

Both Stevens and Green said the play was designed to be a two so I assume the way it was drawn up was Green was supposed to curl off of Kelly Olynyk for what would've amounted to about a seventeen foot jumper for the tie.

However, Green improvised, which is one of the great thing about Stevens' coaching style, is that he allows his players the flexibility to do this, and instead went to the corner on what would amount to a fade screen.

Gerald Wallace delivered a beautiful pass and the rest is history.

To see how the play developed watch it again here:

There is so much I like about this play it is almost unfathomable.

First, the utilization of Crawford as a decoy was extremely smart. Next, the usage of Green as a screener to put Lebron out of position was very heady as well. Thirdly, having the confidence to go to Jeff Green, because he's hopefully the superstar of the future, was also a great decision make or miss. Finally, Gerald Wallace inbounding the ball, who has played nothing but unselfish basketball all year and already had six assists in this contest, was the icing on the cake.

Really, the only thing I didn't like about this play is that it was a cross court pass but who am I to argue with success and perfection.

Having said that, I almost liked what I heard coming out of Jeff Green's mouth in the post-game interview both on the floor and in the locker room in his interview with Emily Austen as I liked the game winning play itself.

During the floor interview The Green Monster immediately credits Coach Stevens for drawing up a great play. He also gives Gerald Wallace credit for a great pass and Kelly Olynyk for a great screen.

The awesome thing is Kelly Olynyk really did not set that great of a screen. Although, the play may have been designed for Green to curl off Olynyk's screen. Not to mention Kelly O was tied up with Chris Bosh which made it near impossible for Bosh to help on the play.

This was another brilliant aspect of this play. If Bosh is able to get over the screen and help on Green, Kelly has a direct line to the basket for a lob pass layup to send the game to overtime.

Well, that about covers the makings of one of the most exciting plays you'll see in any sport ever.

Thank you everyone for stopping by for this edition of Celtics Life: Tom Petty - Breakdown.

Speaking of, Petty's classic song would be a brilliant tune to underscore this play with one of those edited highlight reel videos that have become so popular on the internet over the last few years:

That is, if you love The Celts and have some free time...

To read more from this author