What the Hell Happened to...Billy Knight? 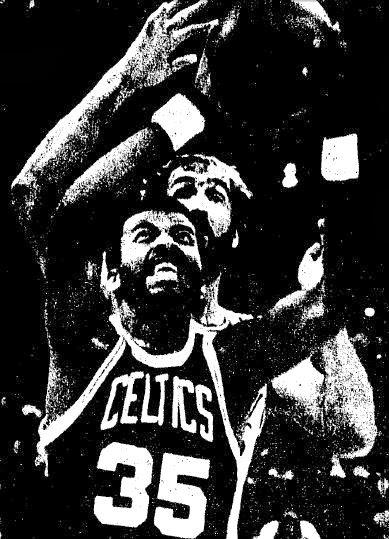 
For the fourth time in What the Hell Happened To history (after this guy, this guy, and this guy) we remember back to a former Celtic who has been involved in major front office decisions since calling it quits.  Long before Billy Knight called the shots for the Joe Johnson-Josh Smith Atlanta Hawks, did you know he was a hell of a ball player who actually played for the Celtics?

Billy is from Pennsylvania and attended General Braddock High School in Braddock, PA where he grew up one of 11 children.  His dad was a millworker.  After high school he would take his talents to Pittsburgh for college (he's ranked as the 46th all-time best high school player in PA in Mark Hosttuller's must-read Heads of State).

After a standout career at Pitt in which he helped lead the Panthers to the East Regional Finals of the 1974 NCAA tournament, Knight was actually drafted by the enemy with the 3rd pick of the second round in 1974, which would've been the 21st selection overall.  He put up enormous scoring and rebounding numbers in college, including averaging over 13 rpg as a senior.

Despite being picked in the NBA, Knight's career began in the ABA with the Indiana Pacers.  From the start, he proved a prolific ability to score the ball.  He was named to the All Rookie team in 1975 and in 76 and 77, averaged 28 and 27 ppg.  Knight recalls:

I could sneak around and do a lot of things on the court.  I think that's one of the reasons I lasted so long.  I could play both inside and outside, if one part of my game wasn't working, I could do something else.

However in a pretty big trade at the time, in September of 1977, Knight was traded to the Buffalo Braves for Rookie of the Year Adrian Dantley.  Even contract issues came up back then, evident of Indiana's Bob Leonard's (their gm and coach) comments at the time:

We wanted to renegotiate Billy's contract which has two years to run  But his agent put too much pressure on him.  He wanted a 7 year contract at $400,000 per year.  We just couldn't enter into a contract like that at this time and didn't want an unhappy player on the team.


Knight would have a strong year for Buffalo but 1978 was his only season with them.  He'd then be involved in the infamous Buffalo-Boston trade, where the teams agreed to trade guys and owners.  The Celtics owner wanted to move the team (wasn't happening in Boston).  But the Buffalo Braves could be moved out to San Diego.  So the two owners, John Y Brown and Irv Levin, in an unprecedented move, swapped teams.  Levin moved the Braves to San Diego and they became the Clippers.  Somehow, someway, some of the current Celtics had to go.  Kermit Washington along with Sidney Wicks, Kevin Kunnert, and Freeman Williams, the latter two of whom never played a game for the Celtics.  In exchange came Tiny Archibald, Marvin Barnes, and Billy Knight and a second round pick (that turned into Danny Ainge.)

Knight learned of his trade to the Celtics from Buffalo while he was on a camping and fishing trip in Quebec, Canada.

Being in the pros, the 6'6 Knight was known as a scorer.  Yet despite being a high-octane scorer, he was a quiet and low-key guy from all accounts.  He was a terrific mid-range jump shooter (like so many other guys were before the introduction of the 3 point line) but also had a knack of slashing drives to the basket.  While he played for the Celtics, coach Tom Sanders frequently tried to run isolation sets for Knight, something he rarely did for anyone else. His low-key approach lead some to believe he lacked fire (think of a guy similar to Tracy McGrady's disposition).  But that wasn't the case.  Knight claimed he wanted to win and claimed he tried his hardest all the time.  He just looked effortless doing it.

The Celtics first tried bringing Billy off the bench for instant offense.  Then they experimented with starting him.  Ultimately it didn't particularly work out (even though Knight averaged 14 ppg in 28 minutes while appearing in 40 games).  He would only last that half season with the Celtics before being dealt back to the Pacers for Rick Robey.  Knight was candid upon leaving Boston:


I'm happy to be going back to Indiana.  I'm not going to say anything derogatory about Boston.  I don't want to be that type of guy.  I never told people how I felt but obviously I wasn't enjoying myself.  I didn't enjoy sitting on the bench.  Once it started, I always wanted to leave.  There were a couple of plays for me here (Boston) but I only saw them once in a blue moon.  Usually I wound up standing around and setting picks.

Columnist Larry Whiteside from the Boston Globe had his own feelings at the time:


Robey can do a lot of the things Knight wouldn't, or rather didn't feel he was suited to do as a Celtic.  Knight considered himself basically a scorer with understandable defensive problems, a man around whom an offense could be built.  Instead he wound up as a spare-part in a rickety machine that was running practically on empty.


Well Larry didn't mince words either! (reminds me of a condensed version of Bob Ryan's diatribe on Steve Downing).  Speaking of Bob Ryan, he had this hilarious Knight reference in his must-read 2014 autobiography, Scribe: My Life in Sports:

Knight was a finesse player on offense and a nonfactor in every other fcaet of his game.  He didn't defend, he didn't pass, and he didn't appear to work up a sweat- ever.  One letter writer told me his personal theme song should be Jackson Browne's "Running on Empty."  The Boston Garden crowd loathed him, and he shrank at home.


Billy lasted 5 & 1/2 seasons more after the deal.  4.5 of those were with the Pacers while the last year was spent with the Knicks, Kings and Spurs, in which he appeared in games for the latter 2.  After finishing up in the NBA with San Antonio, Billy played one season over in France before permanently retiring. 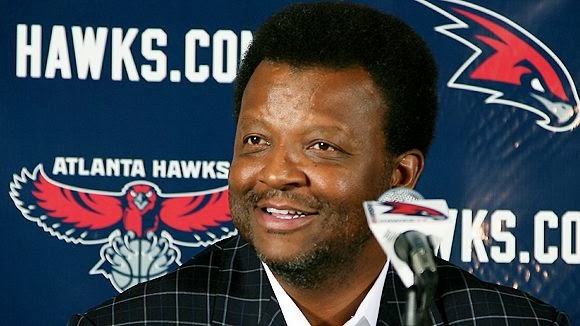 After playing, Knight first did nothing and absolutely loved it.  He just invested his money wisely and lived comfortably.  Tennis in California, a dog show in Ohio where he trained German Shepherds.  Bird hunting in Indiana or even mountain lion hunting in Wyoming, Billy did it all and enjoyed himself.  At the time he said:

I'm doing all the things I enjoy, things I never had a chance to do when I was playing.  This might go on for another year, maybe two.  When the time comes that I find something I want to channel all my energy into like I did with basketball, I'll do it.  But today I don't see or want one particular thing.


After doing nothing, Billy found that interest and first was hired by the Pacers in the summer of 1987 to do community relations at age 35.  He became an assistant coach for the Pacers under Bob Hill in 1990 (meaning he was part of that intense first round Celtics-Pacers series in 1991).  He would fill a variety of roles after that as far as working in community relations again, dabbling in broadcasting and eventually becoming the the VP of basketball operations for the Pacers under Donnie Walsh.  He had similar positions in Vancouver and Memphis with the Grizzlies and then in Atlanta with the Hawks.  He took over the Hawks in 2002 as their General Manager and remained in that position through 2008, meaning he was their GM with the intense first round series of Celtics-Hawks that season.  After the 2008 campaign he re-signed, claiming that he was proud he'd left the franchise in a better spot than he had when he had begun.

Since 2008 Knight has continued to reside in the the Atlanta area.  He has been helping out with things around the house, but he's ready for a new challenge:

"In a lot of ways it was good so step away and evaluate things and yourself and your situations, get a look at other teams and see how they are doing things, to get another perspective on everything. I've enjoyed it," he said. "I've had more time at home and my daughters are in college and all of those sorts of things have made it OK.  I've done about every honey-do thing I can do at home, taking on all these landscaping projects around the yard and different projects in the house. It's time to get back to work."


Hmm landscaping and yard projects?  I don't believe we've ever had another landscaper in WTHHT, but there's always a first for everything.