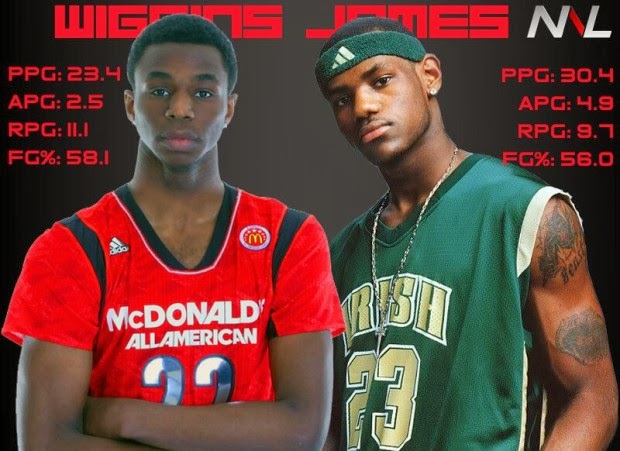 
"So this season we want to develop and evaluate our young players, let them learn from their mistakes -- and get us in position to grab a great player. The best way for us to do that is to lose a lot of games. This draft is loaded. There are potential All-Stars at the top, maybe even franchise changers. Sometimes my job is to understand the value of losing.

"I know that sounds crazy, but if you're an NBA general manager like me, the last place you want to be is in the middle. There are only two outcomes there: Either make the playoffs and be first-round fodder for one of the premier teams or miss the playoffs and pick somewhere around 11th to 14th in the draft. Either way, the odds are that you stay in that middle range. It's a recipe for disaster."

"You need superstars to compete in this league, and the playing field for those guys is tilted toward a few big-market teams. They are demanding trades and getting together and deciding where they want to go in free agency. It's tough for us to compete with that. So a high lottery pick is all we have."


Everything this guy is saying is spot on and it's why you're not a "bad fan" if you prefer the Celtics to win 15 games this year over 30. Until the NBA fixes the system that rewards losing it's the best and quickest way to rebuild.

As I've said before, people have the wrong definition of NBA "tanking." It's not throwing games. It's creating a roster of young players, that should play their hardest, but just don't have the talent/experience to win. It's being "cautious" with veteran players and letting them recover from injuries longer. Again, if people say tanking means not playing your hardest on the court, they have it wrong. And yes all players hate the word tanking. You think guys like Kris Humphries cares about the 2014 draft? Of course not. He'll be gone next season. He wants to win now. Convincing Rajon Rondo to sit out games later this season will be a lot harder than Paul Pierce in 2007, because of his personality, but the pitch from Danny will be that this is the quickest way for Rondo to get a superstar teammate to join him.

I can't imagine that David Stern is happy with this anonymous GM. Expect a letter to all teams warning of serious consequences if GM's continue to talk like this. Kind of a PR nightmare for the NBA to have it's fans thinking their teams don't want to win. Again, I say fix the system! Have the top 3 picks in the draft be open to all teams. Every team can only have one #1 pick every 15 years, one #2 pick, and one #3 pick.

By the way who do people think is the anonymous GM? The situation sounds a lot like Phoenix to me.