Gerald Wallace calls out his teammates' effort: "Guys are out there being selfish" 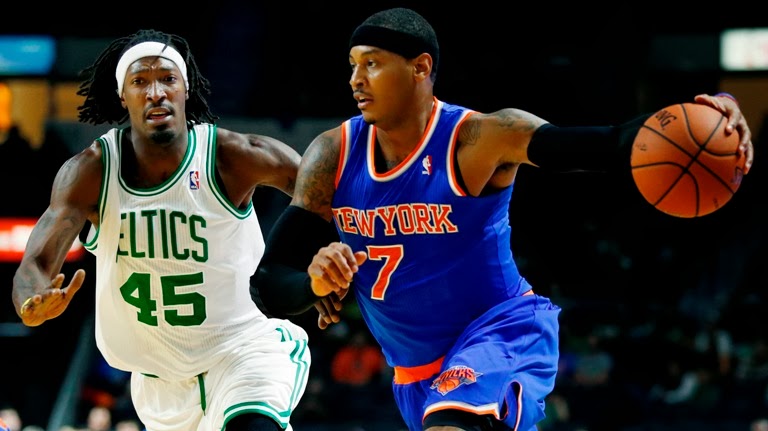 If you've watched any of the Celtics seven pre-season games, you know it has been a difficult go of it for the new look Green.

Tonight the Celts were thrashed 104-89 by the Timberwolves in Montreal, their third consecutive loss.

Afterwards, veteran Gerald Wallace was not pleased. Not with the lack of wins, but with something much worse — the lack of effort and focus. (Thanks to Baxter Holmes for all the quotes).

Gerald Wallace: "We’re just going through the motions, it seems like, without effort. We can’t afford to do that."
— Baxter Holmes (@BaxterHolmes) October 21, 2013

Wallace: "Guys are out there being selfish. The opponent is giving it their all, regardless of how the night is going."
— Baxter Holmes (@BaxterHolmes) October 21, 2013

Wallace: "Tonight, we ran into another team that just wanted the game more than we did, and they came out and played like it."
— Baxter Holmes (@BaxterHolmes) October 21, 2013

Wallace: "These teams are coming out wanting to win and get better. Right now, we’re not doing that."
— Baxter Holmes (@BaxterHolmes) October 21, 2013

Wallace: "We had some good spurts, but when it came down to it, they were determined to win the game, and we weren’t."
— Baxter Holmes (@BaxterHolmes) October 21, 2013


Wallace is in his 13th season, and has been on just about every type of team. He was on the 2002 Kings that nearly went to the NBA finals, and he spent eight seasons with a Bobcats team that made the playoffs just one time. Considering he entered the NBA at the age of 19 he has literally grown up in the league, and therefore he has seen this type of behavior before. So he's speaking from experience.

While the lack of effort is not a good thing, Wallace speaking up is, for a few reasons.

2. Brad Stevens needs the help. Stevens is going to be a great coach, I feel very strongly about that. But he's not there yet. And he never played in the NBA, so even if his players respect him (they do), hearing this type of criticism from a fellow player resonates differently.

3. It shows leadership on Wallace's behalf. And that slightly raises his trade value. Maybe I'm grasping at straws, but literally anything positive that Wallace does I want Danny Ainge announcing to the rest of the league.

The Celtics only have one more pre-season game left to get things straightened out (Wednesday vs the Nets) before the games get started for real.

As someone who's all in on losing games this year..I'm cool with the losses continuing to pile up once the regular season begins. But the lack of effort is a different story. It's bad enough to make it through an 82 game season watching a bad team. It's far worse if that team is not playing hard. And it's certainly a red flag that these issues are popping up in the freaking pre-season, never mind the dog days of February and March when the team is likely to be out of the race.

So let's hope Wallace's words get through to his young teammates so we can at least root for a team giving it everything they've got (even if that ain't much).

Celtics drop their 6th of the pre-season, 104-89 to the Timberwolves