Fred Toucher hangs up on Rick Pitino after 10 seconds 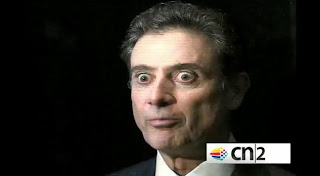 Wow, this is amazing.

The Evil Emperor has had much success at the college level, winning a national championship just last year. When he was with the Celtics? Not so much.

Many in Boston still hate Pitino to this day for the terrible job he did as coach, GM, CEO and president. A once great franchise continued its dip into irrelevance.

Fred Toucher of Boston's #1 morning sports show, Toucher and Rich, had Pitino on for an interview this morning. The interview lasted about 10 seconds.

Here’s how the whole interview played out:

Fred: You stink. You ruined the Celtics.

Fred then hung up and began “The Stack” segment, and the interview was over.

You can listen to the whole thing at the bottom here.