Camp questions: Is a Rajon Rondo trade the only true way for the Celtics to rebuild? 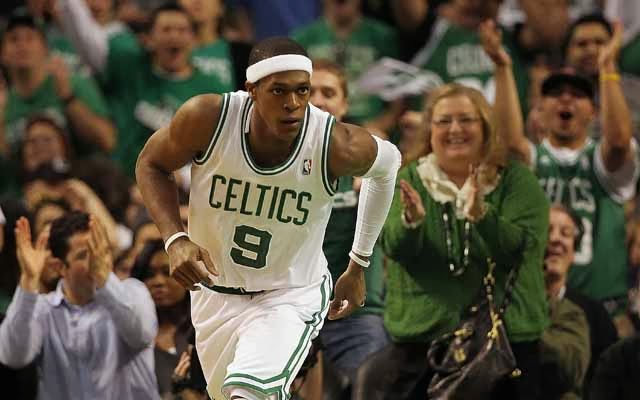 Final edition of "Camp questions". With training camp gearing up this afternoon, today we finish things off by taking a look at the longest tenured Celtic - Rajon Rondo.

It seems like just yesterday that the Celtics pulled off a draft night trade for Rondo in 2006, swapping a 2007 1st round pick for Rondo and Brian Grant's $2 million expiring salary. Phoenix was desperate to save money because of cheapskate owner Robert Sarver, and Danny Ainge made one of the best moves of his tenure by swooping in and taking advantage of it.

His true breakout performance came the next season, when he nearly averaged a triple-double during a pair of seven game series the shorthanded Celtics played against the Bulls and Magic. The Celts fell short against the Magic (without KG), but a star was born.

In the years following, Rondo has led the NBA in assists twice and steals once, made four All-Star games, and polarized Celtics fans. At times, he has been the best player on the court during playoff series, outplaying the likes of Carmelo Anthony, Dwyane Wade and Derrick Rose. At others, he has been immature and childish, getting suspended four times — including once for bumping a referee during a playoff series.

Last season, Rondo was averaging 13.7 PPG, 11.1 APG, 5.6 RPG and 1.8 SPG through 38 games when he landed awkwardly in a game against the Hawks and tore his ACL. His season was done, and the Celtics were overmatched in the playoffs without him.

Now, it's Rondo's team. Kevin Garnett, Paul Pierce and Doc Rivers are gone. And a rehabbing Rondo must take the reigns once healthy.

Ok, so we know that Rondo will not be back opening night, and that December is the most realistic return date. But what we don't know is how he will look when he returns. ACL injuries are tricky, as some players come back at seemingly full strength in year 1, while others take a full year to get back to 100%.

Just last year we saw Ricky Rubio and Iman Shumpert struggle initially after returning from ACL injuries, only to turn it on down the stretch as they got comfortable with their bodies. Derrick Rose on the other hand never got past the mental hurdle, and is now 17 months removed from his injury, and still hasn't played.

Unfortunately this will not be a question answered during camp, although we should get a good vibe for how far along Rondo is by how much of training camp he takes part in. We know he hasn't been cleared for contact yet, but with four weeks of camp ahead of us it's possible he's given clearance to take part in team workouts by the end of camp.

The smart bet is that Rondo will be rusty when he finally does return, but that much like Rubio and Shumpert, he eventually will begin to trust his knee and will return to form by about mid-season.

Last season during training camp we got a rash of quotes from Pierce, Garnett and Rivers saying that "this is Rondo's team now", and that it was time to hand the keys to #9. It made sense for them to say it. After all, Pierce and KG knew that Rondo was the future (not to mention the best player), and that a transition needed to happen eventually. But at the end of the day, those statements meant nothing.

As long as Pierce and Garnett were around — this was their team. No matter how many times it was said otherwise, a full transition was not possible until Pierce and KG stepped aside.

That's why it's important that we judge the "Rondo as leader era" from this moment forward. It's time for him to mature, to stop throwing the ball at some refs and bumping into others. To stop whatever in-fighting he had with his coach (although we still have NO idea how much of that was true). To stop being quite so moody.

Leading a basketball team is hard. And leading a good team is much harder. Rondo seems to be saying and doing all of the right things, like inviting the entire team to his house for a dinner before camp got started. But he can't truly become the leader this team needs until he's healthy. And once he is the Rondo war will finally reach it's grand finale.

I picture it taking place in a large field. On one side, those who believe Rondo can lead this team and that the Celtics should build around the point guard. On the other, those who think he's a head case and that the team should trade him and truly bottom out. It's a war that has waged for several years..but the conclusion is close.

3. Are the Celtics better bottoming out and trading Rondo rather than keeping him?

Let's just say that Rondo comes back healthy, embraces being a leader and is putting up big stats around February. 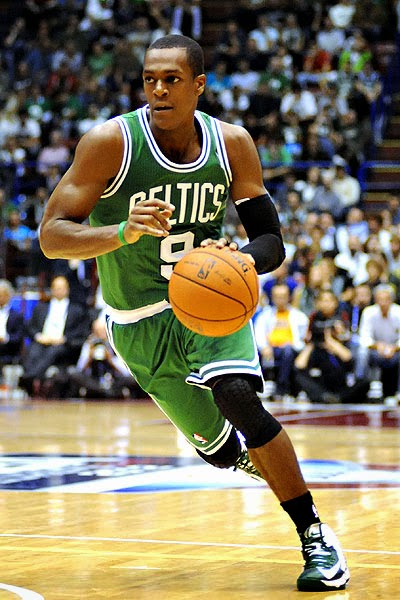 Is it possible that even in that situation the Cs are better off trading him and truly "bottoming out"?

After all, Rondo has only two seasons left on his affordable deal that pays him $11 million AAV, and then will be in line for a massive raise come 2015. At that point, the still rebuilding Celtics will have to decide whether or not they want to commit something close to a 5 year, $100 million contract to Rondo in order to keep him..or let him walk.

Obviously, letting him walk is insane. He's one of the 20 best players in basketball, and simply waving goodbye to him is terrible business. With that in mind, does it make more sense to let him come back healthy, re-establish his value, and then get as much value as possible for him before the trade deadline? In this case the Celtics would accomplish a few things:

- They'd probably be able to get a team to take Gerald Wallace (or at least Courtney Lee/Brandon Bass) off their hands. This (plus the fact that they wouldn't be giving Rondo max money in 2015) would give them far more cap flexibility going forward.

It wouldn't be so much tanking (which I view as intentionally losing) as it would be bottoming out. Hurting themselves in the short term for potential (not guaranteed) long term gains.

The question the Cs need to answer is — is that the best plan of action?

Keep in mind that Rondo is somewhere between a star and a superstar, and this is most certainly a superstars league. Having one superstar always makes it easier to acquire another, especially when you have the expiring contracts, young players and draft picks necessary to entice teams to make a deal with you.

In that regard, Rondo gives the Celtics credibility. He gives them a drawing card. Not just with fans, but with other players. Without him, you're starting from scratch. Putting all of your faith into ping pong balls and hoping for the best. In 1996-97 the Celtics did that, and it failed miserably. The result was five seasons of awfulness before respectability was restored, and six more years after that until a title contender was built. In 2006-07 they tried again and failed, but in that case they had Pierce in house as a back-up plan. Ainge had the ability to then cash in his assets for Ray Allen and KG — something the Celtics sure as hell won't be able to do this time.

The bottom line? Both sides have their merits. Bottoming out is a legit tactic. One that helped the Seattle/OKC franchise pick up Kevin Durant, Jeff Green, Russell Westbrook and James Harden in a three-year span (with four separate top-five picks).

But there are plenty of examples of that same strategy going wrong. For example, if you're a Charlotte Bobcats fan how excited are you that your team has gone 62-168 over the past three seasons, only to turn four lottery picks into Kemba Walker, Bismack Biyombo, Michael Kidd-Gilchrist and Cody Zeller?

Of all the decisions Danny Ainge has to make over the next year, the Rondo one is by far the most difficult, and the most important. Personally, I want to see how Rondo handles the transition. And if you do deal him, it can't be for lottery tickets..it needs to be for a potentially franchise altering package. Dealing a superstar in a superstars league for anything less is bad business. And I hope that the Celtics know that.

Thanks to everyone for reading the camp questions series. Excited that the off-season is over. Been too long.

For more of the "camp questions" series, click here