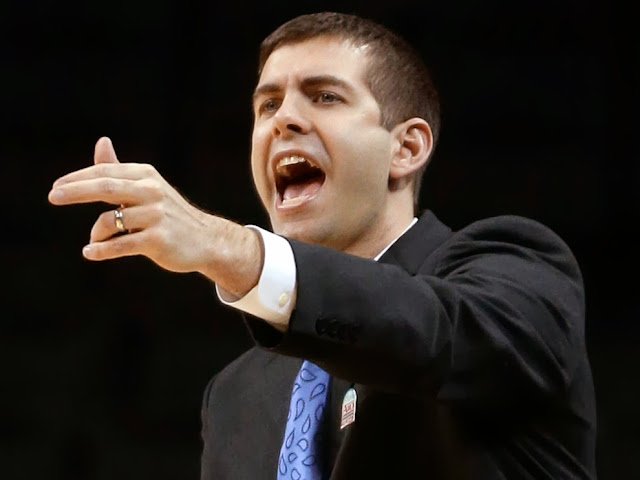 For the first time will get to see Brad Stevens in action. We've seen what he's done on the sideline with Butler, but now it's time to get a taste of what will get this season. During the preseason, many coaches use the same mantra when it comes to if the games matter or not.

"I haven't treated this like a regular season game," first-year head coach Brad Stevens said following practice on Sunday. "I haven't gotten too in-depth into the opponent. I'll look at that a little bit, but this is much more about us."

The Celtics roster has been overhauled with a drastically different look than seasons past. After less than a week of training camp, Stevens is still testing out rotations. Monday's starting five could be completely different than Wednesday's, and so on. With seven new faces (not counting training camp invites), he is using this time to figure out the best fit for the Celtics.

"We're going to be tinkering with lineups quite a bit," he said. "I don't know what we'll do in games two, three, and four, but I'm guessing we will not start the same lineups. I'm guessing we will really shift things around. … The first game I won't look to play guys extended, extended minutes."

This game does matter, not about the win or loss. It's about who works well with each other. It also matters who plays well obviously. This preseason matters for Stevens. This is his first taste of coaching in the NBA during an actual game, even if it's a preseason tilt. This will be an opportunity for Stevens to improve his craft during games. Stevens has made it clear that the lineups that you see in the preseason, may not be the ones you see during the season. I'm not sure how much will find out Monday night, but it's nice that Celtics basketball has arrived.

Related Stories- Brad Stevens to use multiple starting lineups
What will you be looking for in the first preseason game?