What if Boston hired Jeff Hornacek instead of Doc Rivers back in 2004? 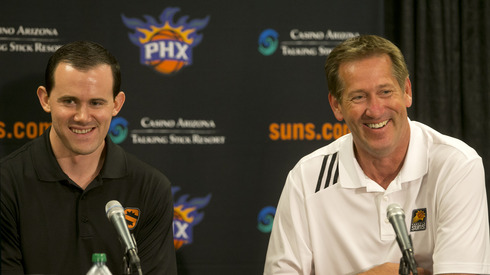 Over the weekend the Boston Globe's Gary Washburn wrote about the rebuilding process facing Phoenix's new GM Ryan McDonough (left), whom the Suns hired away from Boston back in May.  Upon his arrival the first order of business for McDonough was to find a new Head Coach, with Jeff Hornacek (right) getting the nod.  Washburn's article states:


“I heard great things about him,” said McDonough, who said Ainge considered Hornacek for the Celtics’ opening in 2004 before hiring Doc Rivers.


This poses an intriguing question; what if the Celtics had decided to go with Hornacek (or somebody else) instead of Rivers nine years ago?  Where would the C's be today?  Would they have still won the title back in 2008?  In retrospect, how important was Doc Rivers to the success of the "new big three" era?  Keep in mind Doc had a 102-144 combined record over his first three seasons in Boston before Kevin Garnett and Ray Allen showed up.

Without getting into a long sophisticated analysis, my gut tells me that the 2008 Celtics would have been great no matter who the coach was, but Doc's style as a "players coach" probably helped get more out of his aging superstars later in their careers.  However, might a different coach who wasn't so in tune with his veterans have left the team in a better position to rebuild now?   Leave your thoughts in the comments section.