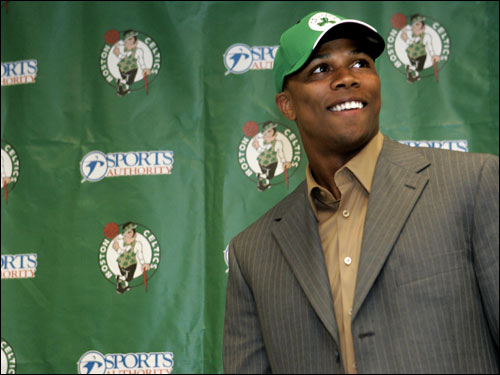 
Most C's fan's likely still have a bad taste in their mouths from the 2006 trade that brought in Telfair (as well as Theo Ratliff in exchange for Raef LaFrentz, Dan Dickau, and the #7 pick in the draft), and his uninspiring '06-'07 season that followed; he averaged 6.1 points and 2.8 assists while shooting 37% from the field in just over 20 minutes per game.  But, the notion of him returning to Boston may not be as crazy as it sounds.

Amazingly Telfair is still just 28 years old, and he spent the majority of the past two seasons serving as a reasonably effective backup point guard in Phoenix before being dealt to the Raptors in February.  USA Today's HoopsHype.com ranks him as the best available PG remaining on the free agent market.  With Rajon Rondo's return still up in the air, the team's only healthy playmaker right now is undrafted rookie Phil Pressey.  It's perfectly reasonable to assume they may be looking for more depth at the position.

However, the Celtics do have a full roster, not to mention currently being $13 million over the salary cap and just above the luxury tax threshold as well.  If Boston is serious about bringing in Telfair it would undoubtedly involve other moves as well.