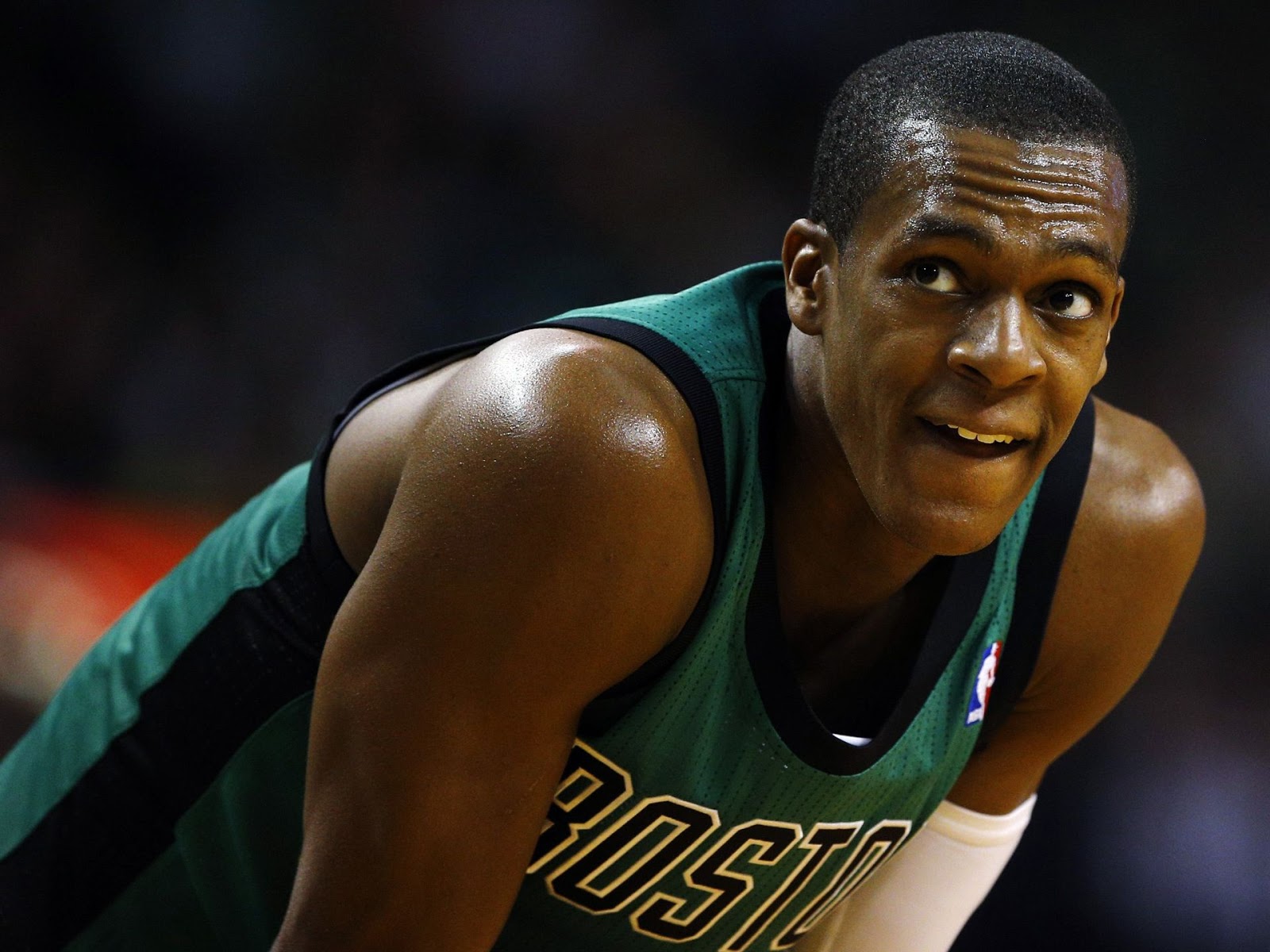 To tank, or not to tank. That is the question.

Ever since the 2013 season ended it seems as though two different schools of thought have emerged from Celtics fans. Those who feel like the team should "tank" 2013-14, doing what it takes to lose games and ensure a top prospect in a loaded 2014 draft; and those who shudder at the mere thought of going through another season like 2006-07 and relying on the ping-pong Gods to finally shine on the Celtics.

Before we explore what the Celtics should do, it's important that we clarify the true meaning of "tanking". In recent Celtics history we have seen two teams — the 1996-97 club as well as the 2006-07 team — tank.

The '06-07 team sat down Paul Pierce for 35 games, including the last 11 of the season when the team was clearly trying to secure as many ping-pong balls as possible for the vaunted 2007 lottery that included both Greg Oden and Kevin Durant. It worked ... kind of. The Celtics went 20-27 with Pierce in the lineup that season. Poor, but not terrible. Had they played him the entire season and won at that same .426 clip the team would have finished 35-47, only bad enough for the 11th worst record in the league. Boston realized they weren't going anywhere and decided that intentionally losing games was in the best interest of their long term goals, and that Pierce was simply too good to allow that to happen. They also sat Al Jefferson for six of the final nine games that season right after he had broken out, becoming one of the best young big men in basketball. The Celtics went an amazing 4-31 without Pierce that season, including 0-6 in the games that neither Pierce nor Jefferson played, allowing them to fall behind the Milwaukee Bucks for the 2nd worst record in basketball and secure an inside track at either Oden or Durant. They tanked.

In 1996-97 it was even more egregious as the Celtics attempted to win the Tim Duncan lottery. We took a look at Jackie Mac's amazing column on the ill fated '97 Celtics here, but it really is incredible to look back at some of the quotes by then coach M.L. Carr and then team captain Rick Fox at just how hard the Celtics worked to lose that season.

"I was bringing in guys like Nate Driggers and Brett Szabo. It was a joke. But the idea was not to make a move that would help us too much. I remember one game in particular, when David Wesley was hitting jump shots and 3-pointers all over the floor, I had to get him out of the game. He came over to me and said, 'Coach, what are you doing? I just hit four shots in a row.' I said, 'I know, David, but I'm experimenting.' I'll tell you, it was brutal. Those players were smart. They knew what we were doing. I told them, 'I won't be here a year from now. This is for your future. In the final analysis, you'll benefit from this.' But after a while, they didn't want to hear it."

"I knew right from the start it was going to be a different season. Our practices were like track meets. We just ran and ran and ran. After 6 years in the league I knew, 'We can't keep this up. We're going to get hurt.' I think we had 9 guys who had surgery that year. There was one game where I had like 30 points through three quarters. We got a lead and I was thinking, 'Finally, we're getting a win.' But then I had to sit down for seven minutes of the fourth quarter and watch it all slip away. It defied logic."


At least the 2006-07 team allowed Jefferson, Gerald Green and Tony Allen (before his knee exploded) to get a ton of minutes and improve as players. In 1996-97 the team was running their players into the ground and pulling guys when they got hot. You can make a realistic argument that no team in sports history tanked harder than the 1997 club. And what did it get them? A half season of Chauncey Billups.

So with those examples in mind, let's list a few attributes of tanking teams, shall we?

- Coaches who were in on it. Carr was being paid to tank, knowing he would be replaced at years end, while Doc Rivers was in his 8th year as an NBA coach and knew that Oden/Durant were his teams best shot at long term success.

- Benching their best players. Fox wasn't an all-time great but he and David Wesley were the best that team had to offer. The Celtics were literally pulling them from games in which they were performing well. In 2006-07 it was Pierce and to a lesser extent Jefferson.

Now let's compare that to the situation that the 2013-14 Celtics are in as they get ready to enter training camp in six weeks.

- Rookie head coach Brad Stevens is coming to the NBA after leaving Butler. Stevens is coming off an amazing run at Butler, never winning less than 22 games in a season, and is trying to figure out what works and what doesn't on the NBA level. It is nearly impossible to imagine Stevens doing the types of things required to purposely "tank" games while he's actively trying to figure out the right formula to win in the NBA. He's also known for his incredible attention to detail and is very "process oriented". Meaning that he believes in building a foundation of winning and doing things the right way. Therefore him simply throwing away a season would go against everything that he is trying to build here.

- The Celtics best player is Rajon Rondo, who is coming off of February ACL surgery. While it is possible that Rondo is not ready for the start of the season, he will eventually return and the clock will start ticking on his 2015 free agency. While Pierce was signed for three additional seasons at $20 million per season, Rondo is still working to get his first max deal. Therefore he will likely be far less willing to sit out games once he is actually healthy and able to play. In fact, Rondo will be trying to prove that his injury is a thing of the past and that he is the same type of player he was before he tore his ACL. After watching Rondo for these past seven seasons, I can't imagine that he's the type of guy that will throw away an entire season after already missing half of the 2012-13 campaign. Once Rondo is cleared to play (that may take until December or so) good luck to Ainge in trying to convince him to shut it down ala Pierce in '07.

- While the organization is currently going through a rebuild, they are also coming off of a brilliant run in which they made the playoffs six straight seasons, advanced to three conference finals, two NBA finals and won a title just five years ago. While there is always pressure to win in Boston, these Celtics are far less desperate than the 1997 and 2007 editions. They also have an under 28 core of Rondo, Bradley, Green, Sullinger and Olynyk that beats the 2007 team and dwarfs the 1997 club in terms of young talent. This team is not going to win a lot of games next year, but they are in good shape in terms of assets.

The Celtics may very well be bad next season. In fact, there's a far better chance that they compete for a top lottery position than there is they compete for a playoff spot. They also will likely look to deal players like Kris Humphries, Gerald Wallace, Brandon Bass and Courtney Lee for salary cap relief and/or future picks, making them a worse team in 2013-14. There will also likely be a time where Fab Melo plays actual minutes for the Celtics, probably ensuring they lose whatever games he enters. However, all of those moves — while they may lead to the team losing more games — are not tanking. There is a difference between dealing players who aren't a part of your future while giving young guys playing time, and purposely losing basketball games. This team isn't going to pull Jeff Green if he has 30 points entering the 4th quarter like the 1996-97 team did with Fox. And they're not going to shut down Rajon Rondo with an "injury" when the team is still likely deciding whether or not he's the franchise's future. And Brad Stevens sure as hell isn't going to alienate his players by running them into the ground in practice or playing the 2014 version of Brett Szabo over Kelly Olynyk.

This team is young, both on the court and on the coaching staff, and will undoubtedly go through growing pains this season. It's even possible that if they pull off a couple of trades, Rondo's return is delayed and the young guys don't develop quickly that things end up really bad in terms of the record. But I'd be shocked if this team pulls anything shady in terms of trying to secure ping pong balls for next summer. They may suck, but it will be a suck you can believe in. A suck that doesn't make you feel grimy watching it, and a suck that sees the franchise actually grow from the experience.

History lesson: A revealing look inside the 1996-97 tank job