What the Hell Happened to...Joe Forte? 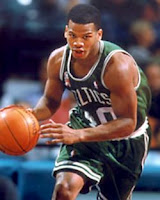 If you just got through watching the NBA Finals, noticing Tony Parker side-stepping and whirling his way to the basket, on the way to his Hall of Fame career, you may know that he was ready on draft night in 2001 for the Celtics to select him.  He was even given his Celtics' hat to wear onto the stage before it was taken away.  If you remember back to that draft you'll remember the Celtics had 3 draft picks, 10, 11 and 21.  While they technically could've selected Parker with #s 10 or 11 (he went 28th) it was this week's WTHHT featured player who is usually identified as "the guy picked over Tony Parker."  As Parker is on his way to the Hall of Fame, we rememeber Joe Forte, who is mostly remembered for his Scooby-Doo shirt he wore on the bench during an NBA game. 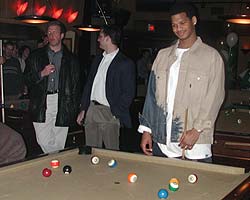 Forte had a very good college career at UNC (after a famed high school career at legendary DeMatha HS in MD).  Along with Shane Battier he won ACC player of the year and was a 2001 All American first team selection.  As much as I kill the Buffoon for all his horrendous moves, the story behind the Forte selection appears that it was Red that pushed for Boston to draft him.  Think of it Red was a DC guy, had a great rapport with DeMatha HS coach Morgan Wooten.  And plus Red was from the old school and likely didn't think particularly high of too many European players.  For him, Joe was probably a no-brainer.  But for Forte, his Celtiics problems started right from the beginning:

"I guess my problems began the first time I was told that they planned to use me as a point guard," Forte says.  "Right away, I wasn't happy because I had always been a shooter, a scorer.  At UNC, people always compared me to Jordan, at least in the way that I always wanted the ball when the game was on the line.  Now the Celtics were saying that basically if I was going to play, it would have to be at the point.  I didn't agree.  But I figured I could prove to them I could play any position and still score."


Joe made the decision early on to rebel (including wearing a Laker jersey sitting on the Celtics' bench one night).


“I was a 20-year-old kid with a lot of money and a lot of responsibility,” Forte told the Washington Post in 2005. “I mean, I was used to being cared for, and all of a sudden I’m keeping my mom on a budget. It was too much too soon, and I just couldn’t handle it.”


And then there is the infamous Scooby-Doo shirt.  If you go to Google and type in "Joe Forte" and a space, "Joe Forte Scooby Doo" is the 9th Google suggests item to come up (go ahead, try it, I'm not making this up).  It's mentioned multiple times online and I distinctly remember it yet there's absolutely no photographic evidence of it.  (If someone can locate a picture of this they will be compensated by Celticslife).  People may also recall it was Forte who wore the Magic Johnson throwback jersey on another night while sitting on the bench, inactive.  Remember this was in the days before the NBA mandated their dress code policy, so technically anything was fair game.  But do you imagine Red seeing either game and thinking to himself, "I can't believe I selected this guy"?


"I can recall Joe Forte on the bench and he had a [Magic Johnson] Lakers jersey on," Jamison says, laughing. "And he was with the Boston Celtics! I was like, oh man, don't take it to that point."


Looking to make amends, Forte wore a retro Bill Russell jersey the next night.  It didn't matter. He'd only play in 39 minutes and 8 games during his rookie year.  After the season he was moved in the Kenny Anderson and Vitaly Potapenko trade for Vin Baker. 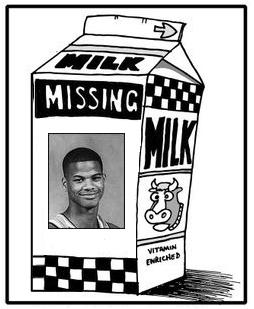 Unfortunately Joe wound up having problems in Seattle too.  With a chance to redeem himself, he continued to get caught up in bad moments.  After a tough 6 point defeat, Forte went into the shower after the game singing loudly, purposefully to annoy his teammates.  Teammate Jerome James tried to attack Forte was was restrained by his teammates [TB Tangent time: Man Jerome James getting fired up?  Maybe the Knicks should've signed Forte after giving James that albatross of a contract to see if they could fire him up on a more consistent basis!  Jerome James is the poster child for centers who have a few good games and then are wildly overpaid.  Others on this list include McIllvaine, Jim; Austin, Ike; Blount, Mark; Knight, Travis.  Splitter, Tiago might be the latest addtion to this list]. The Sonics would fine and suspend Forte while James went unscathed.

Forte hasn't played in the NBA since.

For the record I wasn't down on the Forte pick.  In fact, I've been wrong on quite a few things.  Let's look at some of my bad calls over the years:
(All my predictions haven't been so pathetic.  I for one was pissed when the Celtics moved Joe Johnson
instead of Kedrick Brown in the Rodney Rogers and Tony Delk deal).

Despite his failed NBA career, Forte has continued to play ball. He has suited up in the D-League, Italy, Russia and Greece.  Some of the teams he played for included the Apollon Patras BC, Montepaschi Siena, Fortitudo Bologna, Snaidero Udine, Nuova Pallacanestro Pavia, Pistoia Basket and Ironi Ashkelon.  His most recent team for this past season was Petrochimi Bandar Imam BC of the Iranian League.

Who would've thought that Joe Forte today would be more well known as being an NBA ref?  Certainly not me.