Paul Pierce: "My job is to be more of a glorified role player" for the Nets 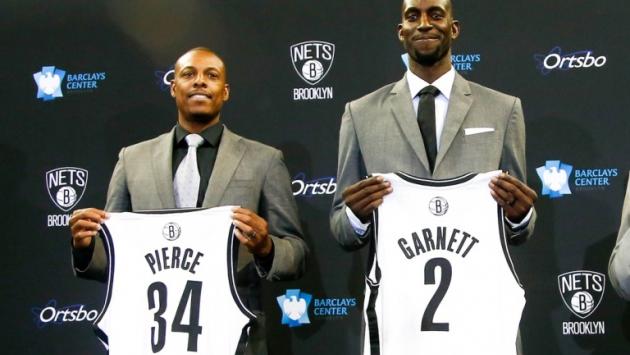 Throughout Paul Pierce's career as a Celtic, he was the team leader. The captain. The guy who took the game winning shot time and time again. But now that The Truth is donning a Brooklyn Nets uniform, he appears to be ready to embrace a new role as a "glorified role player."

"There will definitely be less pressure on me on this ball club than there was in Boston,” Pierce said. “In Boston, I was the No. 1 primary option. Here we have so many options. We have young All-Stars on this team. My job is to be more of a glorified role player, as Doc [Rivers] used to always say, with the guys we have."

"With my abilities to do so many things, there’s going to be nights where I’m not going to score a bunch of points." continued Pierce, "I can do other things to help this club win. With the combination of these guys, we’re going to take pressure off each other."


While Pierce will most likely be in the Nets starting line-up alongside Deron Williams, Joe Johnson, Kevin Garnett, and Brook Lopez, he might not be the team's leading scorer night in and night out, but he and KG will bring their valuable championship experience to table for their new team of younger all-star caliber players.

It will be interesting to see how Pierce adjusts to his new role. My guess is that he will probably adjust to it more quickly than myself and other Celtics fans will able to adjust to seeing him wearing anything but green and white.