On the 12th night of Green, the Spanish Podcast started a new age 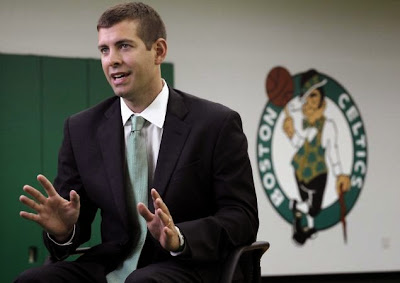 The latest editions of your podcast in Spanish were marked by the events regarding the departure of past symbols of the recent history of the Boston Celtics.

On the night in which our 12th edition of the show, the office was anxious and full of energy regarding the new era that this team has just started. And the new times for the Celtics have been ignited by the surprising signing of Brad Stevens as the head coach of your Boston Celtics. We comment in detail the profile of Stevens, the press conference and all the possibilities that will come in the style of game for the team next year. Everybody loves this signing and the players too, including Rajon Rondo. 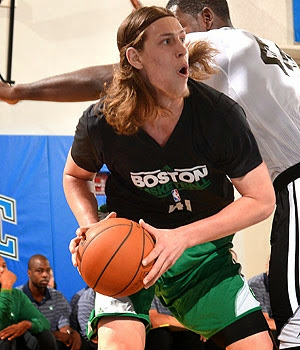 After covering the main event that Celtics nation had the last week, we also comment on the first games of the Summer League. The main attraction has been the good play of Celtics big man Kelly Olynyk. We are all very pleased with him although we also comment on the things he needs to improve. Offensively he is very gifted and skilled and he needs to work on his strength and the fouling rate.

The next name to be discussed is Colton Iverson, a player that has played quite well because he seems to maximize the things he does well, while with limitations. He is strong, can block shots and reminds some of us of Greg Stiemsma. He has shown some eagerness and desire to complement the team in defense and rebounding.

We also talk about the third most promising prospect of our new roster, undrafted point guard Phil Pressey. Pressey has shown a lot of promising things in the games he has played for us this week. He can pass the ball, defend and shoot the ball, in general making other players better. With our experts in NCAA, Aless, Rayco and our guest for the show Marc from Balón de Platino website. We expect and hope that the Celtics will sign this player to be backup for the Boston Celtics.

The big disappointment has been the subpar play of soon to be second year center Fab Melo. We think he is one of the rawest players that have worn the Celtics jersey in the last years. We believe that Melo is actually regressing, still extremely out of shape and looking lost on the court. So far, it looks Melo has almost no use for the Celtics right now.

After that we answers to the question of our listeners as usual. The hot topics are the roster options and the future of the team in this new and exciting era for the Celtics.

The comedy time in our show is centered around the decision of Dwight Howard and his whole soap opera always linked to Dwight. And as usual, brilliant work in making this podcast possible from Aless (the gurú and head coach of this team) and Ramsés editing, formatting and giving shape to this exciting project of a Celtics show.

As usual, make sure you click play and listen to a dynamic and full of insightful opinions from Celtics fans in the beautiful Spanish language: