Doc Rivers talks about Pierce and KG: 'They could knock off Miami' 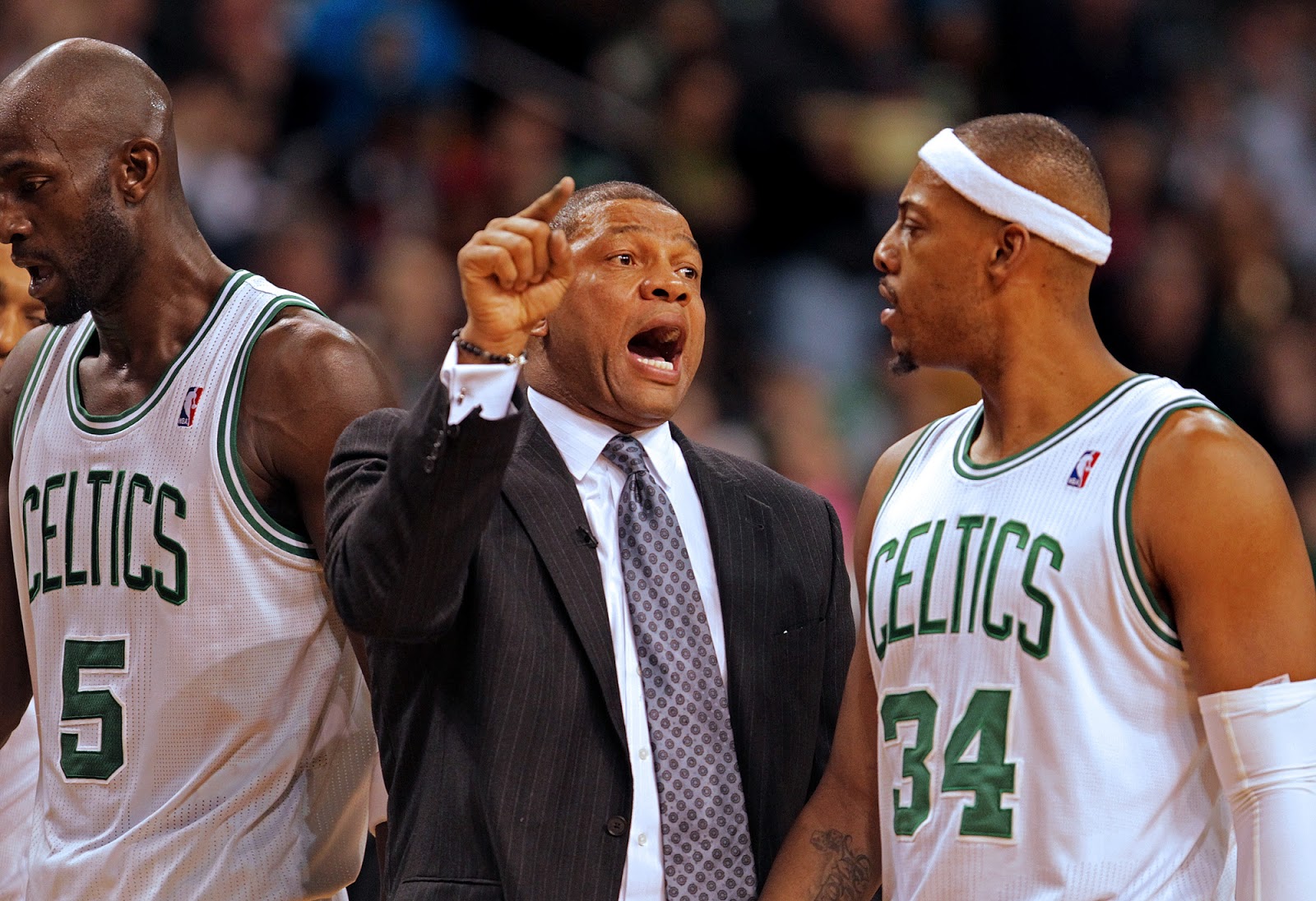 Doc Rivers had his first extended comments about Paul Pierce and Kevin Garnett heading to Brooklyn over the weekend, speaking with the Boston Globe's Gary Washburn. Rivers said that talking about the duo gets him "emotional", but vowed that both Pierce and KG have something left in the tank, and that Brooklyn may just challenge the two-time champion Miami Heat next season. From the article.

I get very emotional whenever I talk about Kevin and Paul. To see them somewhere else, our business sometimes it's tough. I leave (Boston) and people get upset at me and I don't think there's a lot of difference in their case but it was obvious the Celtics decided to move on.

Rivers said both unquestionably have something left.

"I think obviously Paul's younger and in tune to play more minutes than Kevin," Rivers said. "But I think they're still at the top of their games. I think Paul is still one of those guys who can go off for big nights and still have big scoring nights. Kevin is a culture change. He won't play but 20 to 25 minutes a night and there'll probably be nights when he doesn't play but his presence there alone will absolutely change the culture of Brooklyn. There's no doubt about it. I think for some of the young guys, even some of the veteran stars, Joe Johnson and Deron Williams, will learn and understand what a winner is and looks like and professionalism and being prepared.

"That's what I was most impressed with Kevin, how every game he prepared himself for games. That's what I told our young guys that I just wanted them to watch him prepare for games. It was why he was so consistent. I thought it was that important."


The bolded part was particularly interesting to me. At this point of KG's career, he can't give you the minutes or production he once could, but it's that leadership quality, that "culture change" as Rivers calls it that makes him so immensely valuable. Garnett may only play 20-25 minutes a game, but his impact on the defensive end could help reinvent Brooklyn on that end of the floor.

Pierce on the other hand will slide into a new role for the first time in his 16 year career. Ever since he entered the league, Pierce has been the best pure scorer on his team. But this year he will see both his minutes and his shots cut back, which may be a bit difficult for him at first, but should leave him fresher come April and May.

If Pierce and KG can stay healthy and well rested, there is little doubt in my mind that Brooklyn can challenge Miami next year just like Doc predicts. Bosh and Wade aren't the players they were two years ago, and despite LeBron's brilliance, Brooklyn's depth will be a tough match-up. So Jason Kidd, if you're reading (and I know you are), rest those guys in November and December. It will be worth it come May and June.