There's still a "10% chance" Doc might not come back 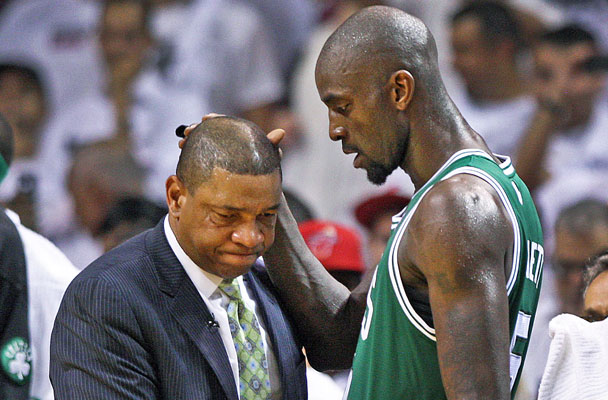 A week ago Gary Washburn reported that Doc Rivers would definitely return as the C's coach next year, but in recent days we've wondered why Doc hasn't just said that himself.  Then we found out that the Nets asked for permission to speak with him, and were denied.  This morning the Boston Herald's Steve Bulpett wrote that there is still a 10% chance Rivers might leave:


There is still the possibility — stress possibility — Rivers will choose to walk away from his contract to coach the Celts. A source close to the situation, however, insists it remains far more likely he will return. The word as expressed to us is that it is “90-10” that Rivers will continue on a contract that has three years and $21 million remaining. If he leaves the Celtics, it will not be with the intent of coaching another team.


A "source close to the situation" can mean just about anything.  It could even be Danny Ainge himself giving his opinion anonymously.  The fact that Boston won't let other clubs speak with him seems to make it fairly clear Doc won't be coaching anywhere else.