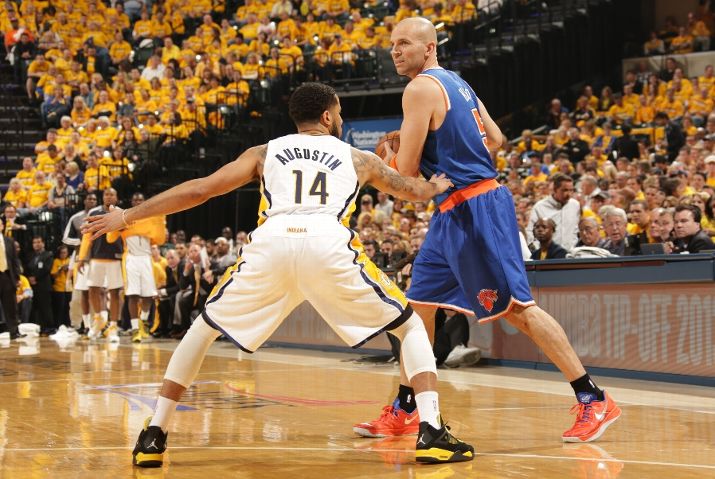 Starting on April 26th, over the Knicks last 7 postseason games Jason Kidd has played a total of 161 minutes (averaging 23 per game).  In that time he's grabbed 30 rebounds, dished out 16 assists, had 5 steals, and even blocked 4 shots.  But he's 0-14 from the field, and scored a total of zero points.  After a lot of research, I think it's likely that's the longest scoreless streak (in terms of minutes) in NBA history, and I'm fairly certain Kidd is the only player to ever get a rebound and attempt a shot in 7 straight games without scoring. (basketball-reference.com)