Video: Pau Gasol needs to be rescued from the LA Lakers

We have all seen those commercials on television where Sarah McLachlan asks us to support the ASPCA and help an animal that has been exposed to cruelty.

An animal lover who seemingly cares about llamas has noticed the cruelty that the Los Angeles Lakers have exposed Pau Gasol to, and decided to make the above video about it.

Often lost in the drama of the Lakers season, though, is the plight of poor Pau Gasol. The embattled power forward is suffering through an abysmal statistical season, can't find a way to fit into the Lakers offense, and is receiving zero sympathy from his teammates. Gasol is way too talented and way too adorable on Twitter to remain mired in such a dysfunctional situation.

The folks at Ballerball have decided to take matters into their own hands, creating the video above in an effort to rescue Gasol from the Lakers. We dare you to watch the entire thing and not come away convinced that Gasol deserves your help more than the collected abused animals of the world. Such is the power of Sarah McLachlan.

Thanks to Celtics Life reader Aileen for sharing the video 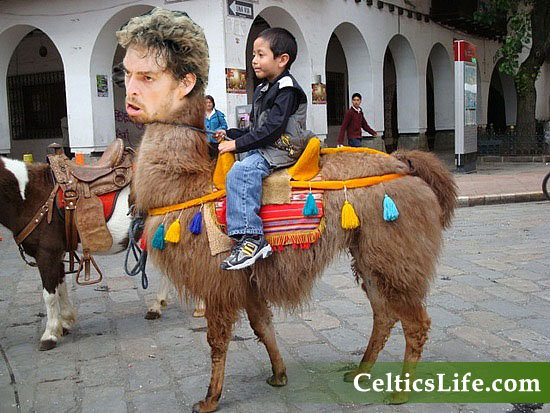