Truth! And Nothing But the Truth! 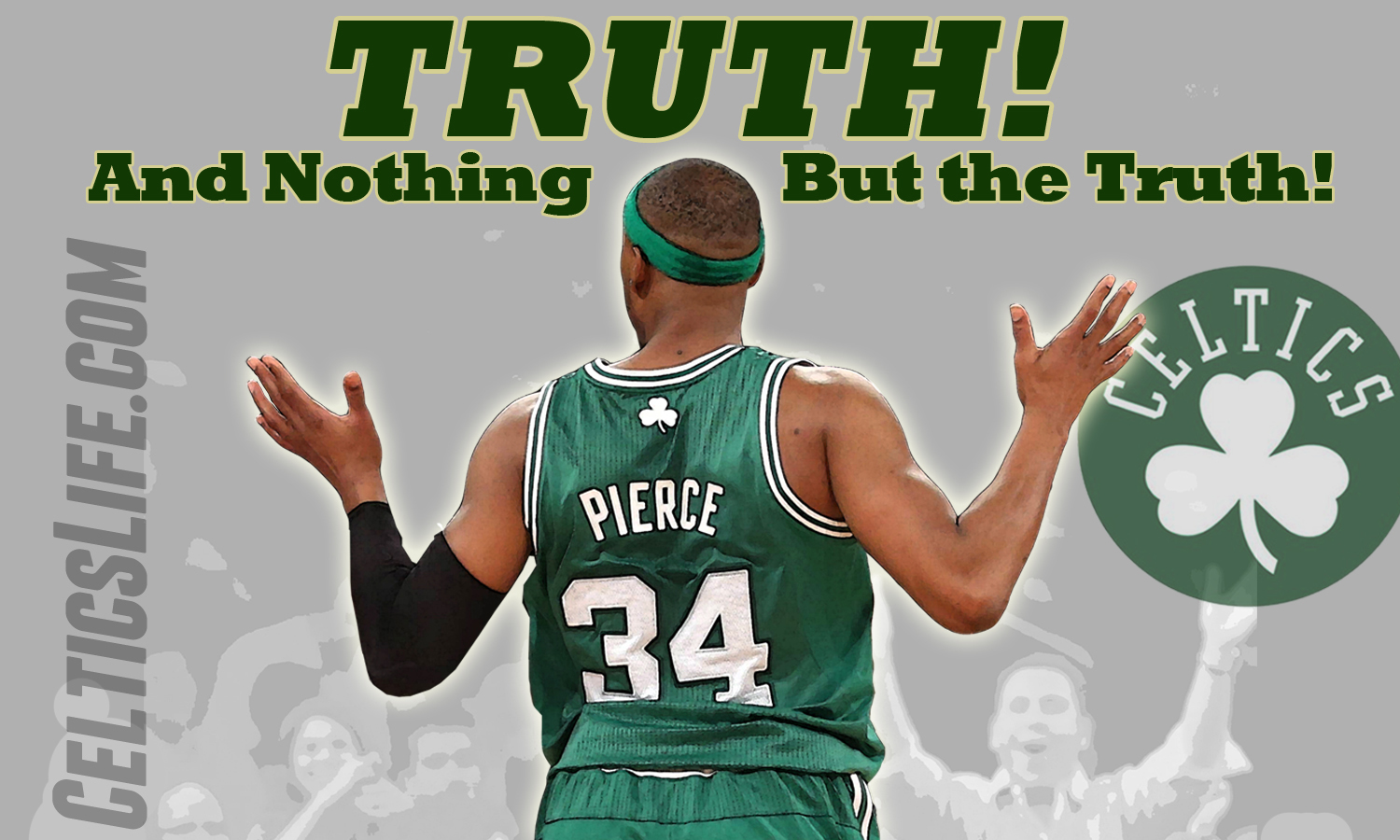 No stage could be bigger perhaps than Madison Square Garden and when it comes to putting on the finishing touches in the Big Apple, few are better than The Truth.  With under a minute to go in last night's tension-filled 102-96 win over the Knicks, Pierce launched a 21-foot dagger over the outstretched arms of Tyson Chandler to seal the victory.
While Rondo's suspension and KG's fight with Carmelo Anthony may have taken the headlines in this one, The Truth's stellar performance (23 points, 10-of-18 FG, 3 rebounds, 6 assists and 1 steal) could not be denied.  Pierce loves playing against New York and it shows.  He leads all active players with 34 games of 20 or more points against the Knicks and that is The Truth... and nothing but!