'Melo says he & KG made up over the phone 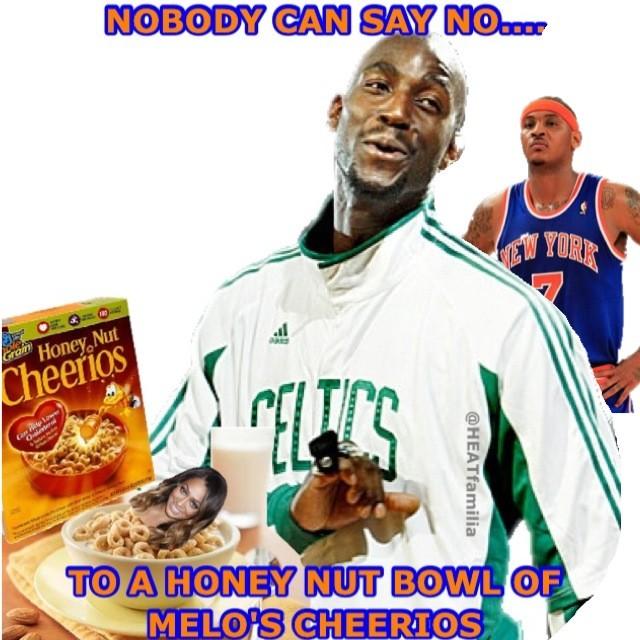 
"Two sources with knowledge of the incident said that Anthony, after angrily walking off the floor and through the visiting team's tunnel, went outside the Celtics' locker room screaming, presumably for Garnett."

"I wanted to talk to KG," Anthony said after practice Tuesday. "I think it was something that we both needed to get off our chests and see what really was the problem. It wasn't no altercations, it was just some words and [a] conversation that we needed to have."

A league source said the conversation between Anthony and Garnett actually took place over the phone following the bus incident, and the two players have since cleared the air.

"It's certain things that you just don't say to men, another man," Anthony said. "I felt that he crossed the line. Like I said, we're both at an understanding right now, we handled it the way we handled it. Nobody needs to know what was said behind closed doors. So that situation is handled."

I guess all's well that ends well. We'll wait and see if Carmelo Anthony gets a suspension. Personally I don't really care either way.