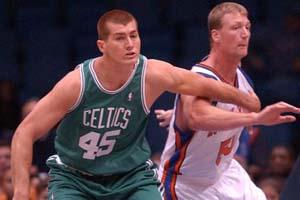 He shared locker room with other fellow WTHHT members as Kedrick Brown, Vin Baker and Tony Delk and had the privilege of wearing Raef LaFrentz´s #45 before he became a member of the Celtics. He also had the honor of being the first Argentinian player to play in the NBA with the Sonics first and then with the Celtics. 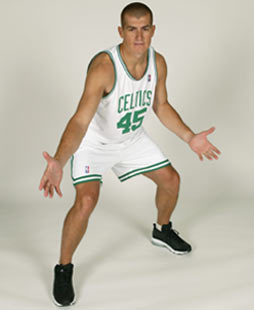 Today we will talk about a player that was a teammate of our captain Paul Pierce back when times were tougher for our team. It was the season after our biggest and longest playoff run since the Bird years, almost making it to the Finals before we fell against the New Jersey Nets of Jason Kidd and Kenyon Martin. While we had had a successful season the year before, we lost valuable core players such as Kenny Anderson and Rodney Rogers. Instead we welcomed Vin Baker and JR Bremer.

Wolkowyski played 24 minutes in 7 games for us, netting a total of 5 points and 1 rebound wearing Celtics green. He instantly became a worthy member of this section. His Celtic debut was on Halloween night of 2002 in Washington, a night in which Pierce and Walker registered a combined 8-32 FG shooting in a truly nightmare night for us (69-114 was the final score for the Wizards). Quite coincidentally, Rubén´s final game with us was on Christmas day against New Jersey, in a another loss (81-117) against the Nets, who back then had players as Rogers, Martin and Brian Scalabrine. 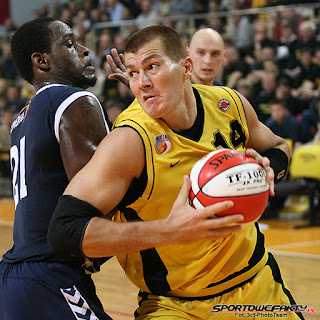 In fact, we could say that Wolkowyski was the predecessor of Scal in Boston in a sense, as Rubén's nickname is "el Colorado" (the red haired one). Wolkowyski has a very interesting biography. His grandfather was Polish (hence the last name) but left Poland before World War II and arrived to Argentina during those years. Rubén recalls listening to the Polish language in his childhood but then started to forget it as he didn´t have too much of a chance to practice it as a teenager in Argentina. In times when we discuss the possibility of the Celtics acquiring Marcin Gortat, Rubén even had the chance to play in Poland in 2007. He played 4 games for Prokom Trefl Sopot before finally returning to Argentina to resume the rest of his career. As a matter of part, Wolwowyski is still active and a member of La Unión in Formosa, Argentina. Rubén -39 year old at the moment- had a monster game two years ago when he scored 45 points in a four overtime win. It is curious that he netted the same number of points than the number he wore in the NBA.

The 6'10", 275-pound power forward has had a very long career that has taken him to play in the USA, Russia, Poland, Spain, and Greece. He has also had a successful time defending the colors of Argentina internationally, achieving the Olympic Gold medal in Athens (2004) and the Silver medal in the World Championships in Indianapolis. It was probably this what took the attention of the Celtics team to offer him a contract back then. Coincidentally, Pierce was a part of the USA squad that didn't have a good tournament at home.

Overall, Rubén had a very short stint in Boston (he had surgery to remove his appendix during this time as a Celtic) but he certainly deserves his mention in this blog as he has been a quite relevant player internationally not so long ago. We may not remember much of Wolkowyski as a member of our team but he certainly left a mark for the history of his country when he made it to the NBA and for basketball in general in the period of 2002-04. A time in which he also got to wear Celtic green and play in the Boston Garden.

It is also coincidental again that TB proposed me to write this article on Rubén, as I am also a native Spanish speaker related to Poland, the country where I live since 2008. 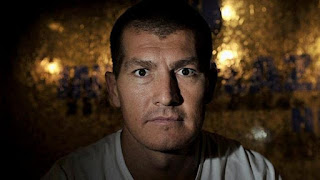