So when will Jerry Sloan become the new Lakers coach? 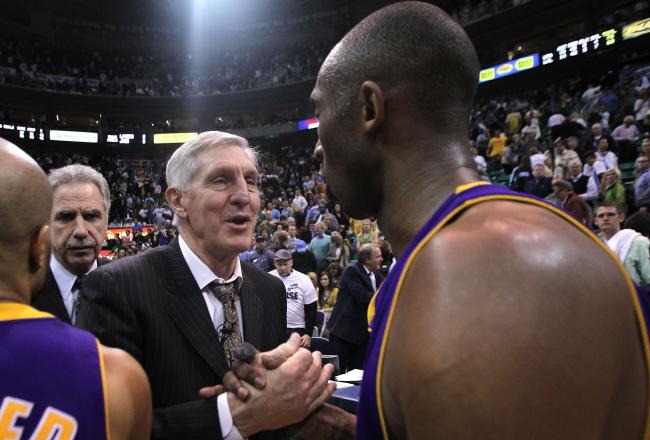 
Many within NBA circles believe it’s only a matter of time before Brown is fired. Jerry Sloan and Mike D’Antoni are two names that have surfaced as possible replacements for Brown.

“Jerry Sloan to L.A. by December 1,” one league source predicted. “Nash and Howard are the new Stockton and Malone. He wants a ring, not to mention the money. He didn’t seriously consider Orlando, Charlotte or Portland [openings] over the summer because he knew Los Angeles would open up.”

Brown has one of the toughest jobs in basketball. He’ll be blamed when the Lakers lose. His decisions will be second-guessed and he’ll have to answer question after question: Why is Bryant playing so many minutes? Why isn’t Howard getting more touches? Why isn’t Nash handling the ball more? Why did Jodie Meeks fall out of the rotation? Why is this team running the Princeton offense?


The Lakers can't stop losing. They got bounced in the 2nd round of last spring's playoffs 4 games to 1. They lost all 8 preseason games and have now lost 4 of their first 5 regular season games. The Lakers aren't paying all this luxury tax to suck and to waste Kobe's final years. Mike Brown will be out this month in my opinion. I was actually hoping he'd do well enough with this squad to remain the coach into the postseason, because I liked the handicap they would have with him on the sidelines in the playoffs. If they made it to the Finals, Doc would have a huge advantage on him. But alas Brown won't make it to the playoffs. Its doubtful he'll make it to the New Year. And right now December 1st seems a long way away.

So who takes over? The hot name out there right now is Jerry Sloan who happens to be a tremendous coach. Kobe could drive him crazy a bit, but I think they'd have a bond because they are both basketball guys who crave winning. Howard and his "paint your face clown" attitude could also be an issue, but Karl Malone wasn't exactly the most mature one either and they lasted. So Howard and Nash could be the new Malone/Stockton. Add in Kobe and Gasol and that team could actually live up to expectations with Sloan at the helm. For that reason alone I'm cheering for Brown to make the team respectable, but I'm predicting that won't happen.

So here's your chance to become famous on Celtics Life:

Predict in the comments section the exact date that Mike Brown will get canned. Then when he does (and trust me he will), check back in to brag about your prognostication.