What the Hell Happened to...Rex Morgan? 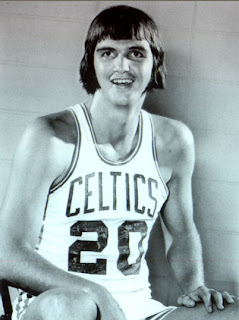 Long before Rex Chapman knocked in deep 3s for the Hornets and Suns, this week's featured WTHHT player knocked down deep jumpers for the Celtics.  No, I doubt you remember Rex Morgan.

After a standout college career at Jacksonville University (making him the second WTHHT player from JU after the A-Train, but not the last, as long as Dee Brown's still out there), Rex was picked in the second round of the 1970 draft, the overall 21st pick, which as you know thanks to David Stern and overexpansion, would be around the middle of the first round in this year's draft.

Rex would last two seasons with the Celtics and, not unlike other  guys we've covered such as Mal Graham, Clarence Glover, and Steve Downing, sometimes guys had more lucrative offers in other fields, a preposterous concept in today's game.  After those two years he was out of the NBA, cut by the Celtics.  Since he didn't latch onto another team, the NBA paid the remaining salary since he had a "no-cut" contract at the time.  Not entirely sure why since he did appear in 34 and 28 games.  Back then I feel the options were: you could make more money doing something else (not Europe, like another profession); the league was too tough and you couldn't stick it out; you got injured.

Rex Morgan had his own fan club!  This is no lie.  Paula Zingarelli was the president of the club.  Paula was only 15 years old at the time and was a Red Sox fan but when a friend dragged her to a game at the Garden, she became a devoted Celtics fan.  Somehow Paula got access to Rex and asked if it was ok to start his fan club.  Rex obliged.

Soon Johnny Most heard about it and mentioned it on the air.  The fan club had 50 members and Paula diligently edited a monthly bulletin that talked about her idol (anyone able to provide a copy of the Rex Morgan Fan Club will be given a free t-shirt from Celticslife).

But alas Rex was eventually waived and Paula was disheartened.  "I think to some people (meaning coach Tom Heinsohn) the players are just cattle.  It just isn't fair. Two minutes for Rex? What kind of chance was that?" 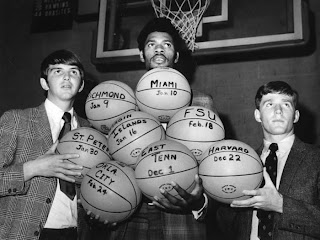 After retiring Rex decided to go back to Arlington Country Day School in Jacksonville, where he's guided a successful basketball program as head coach, including the team being nationally ranked.  He also heads up the Rex Morgan Camp of Champions in Florida.

On why Rex went back to high school to coach:


"My son was going to school here [at ACD], and Artis Gilmore's son was going to school in the fifth grade, and we coached the middle school. Then the headmaster, Dr. Lichtward, said 'We're going to be a high school. Would you like to coach the high school?' It was neat to coach Artis' son and mine. I said 'When my son graduates, I'll leave.' But I had so much fun and had kids that I was developing, and it's been a great situation. ... I've had offers to go on to college now, [but] this is what I want to do. ... I enjoy it. It's a passion. Every day you walk in and you see these kids with bright eyes and bushy tails, ready to go to work." 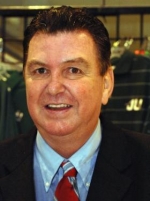 On his favorite story from playing with the Celtics:


"People always ask me how big Wilt Chamberlain was. ... I remember playing in The Forum and Richie Powers ... was refereeing, and Wilt gets a rebound, and he grabbed it out one-handed like he did, and he's looking to throw, and I go up and knock it out of his hand and grab it and lay it up. About two plays later, he does the same thing, but he grabs my shirt and picks me up and throws me across the floor and throws the ball down the floor. He runs by and he says, 'Don't fuck with me rookie.' I look up, and I'm just bouncing on the floor and Richie says 'Don't fuck with him, rookie' [laughs]."

Paula Zingarelli sadly passed away at the young age of 53.