What the Hell Happened to...Ernie Barrett?

This week in WTHHT, we go back to the 1950s to remember Mr. Kansas State, Ernie Barrett.  A 6'3 guard-forward, Ernie was known for having a feathery touch from the perimeter.  His nickname was Black Jack.


We won the state championship in 1947 which is still the last time a team from Wellington has won in basketball.  That '47 Wellington squad had plenty of talent, fine players like Harold Rogers who went on to play for Coach Henry Iba at Oklahoma State.  Our coach was John Floyd and I credit him with all my success as a basketball player.  He was the person who taught me the fundamentals, and the one who really helped me to improve my shooting.  I was a 6'1 center in high school-- that should tell you about the height we had on that team--and I went on to play guard at Kansas Sate.  I probably wouldn't have made it as a college player if Coach Floyd hadn't worked with me on my outside shooting. 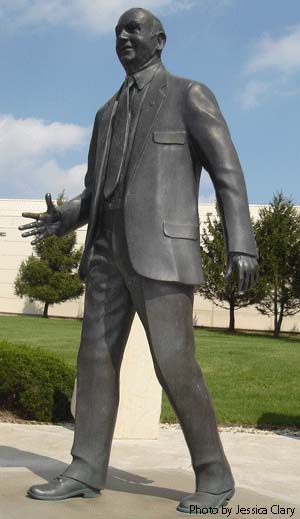 After going to Kansas State, Ernie helped lead the Wildcats to the Final Four where they lost to Kentucky in a hard fought game.  He was taken with the 7th overall pick in the 1951 draft for rookie coach Red Auerbach.  However he wouldn't begin with the Celtics until two years later, to fulfill a two-year military obligation.  Despite allegedly starting every pre-season game that year alongside Bob Cousy, Ernie didn't appear once in the first 35 regular season games.  This prompted then-owner Walter Brown (who has the number 1 retired in his honor for the Celtics) to approach Auerbach about why their first round pick was seeing no-action.  During the second half of the season, Barrett would see more time but still playing behind Bill Sharman.

Since he didn't see himself starting ahead of Sharman or Cousy,  Ernie decided to return to Kansas after just one season to pursue coaching (this was during the time when the fledgling NBA was trying to compete with professional baseball and football).  However the shot-clock would be adopted for the 1955 season and Auerbach convinced Barrett to return, since he thought the new faster pace would play to Ernie's strengths.  [Tangent time: the shot clock was adopted in 1956?  Literally every one of the titles from before then should then be discarded.  That's right, all 5 for the Minneapolis Flakers.]  Ernie agreed and came back to average 20 minutes per game off the bench for the Celtics who would lead the league in scoring with 106 ppg in 1956. 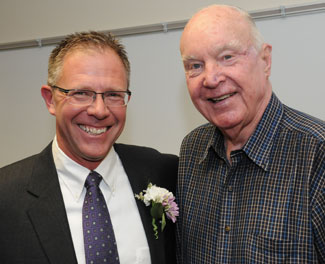 After that year, Ernie had wanted to stay on since the Celtics drafted Heinsohn and Russell but Tex Winter was the head coach of Kansas State at the time and offered Barrett a position as an assistant coach.  He jumped at the opportunity and has literally, been there ever since.

However he would cross paths one more time with Auerbach and actually should really be credited with helping the Celtics choose Dave Cowens.  As the Celtics had the 4th overall pick in the 1970 draft, Auerbach grappled over whether to choose Cowens or Sam Lacey, another big man from New Mexico State. 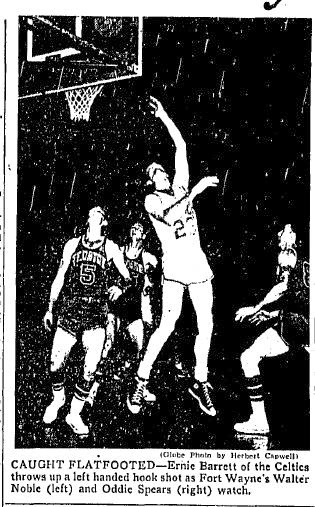 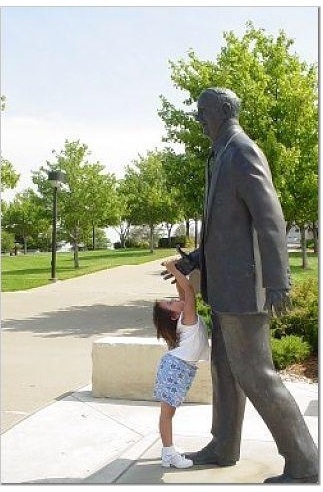 Red respected Ernie's opinion greatly and had known Barrett had seen Lacey in action vs Kansas State, while he was athletic director.  Ernie told Red that he wasn't impressed with Lacey and Red used that piece of knowledge to go for Cowens, who was an undersized center from Florida.  And while Lacey would go on to last 13 years in the NBA, Cowens was the force behind two title teams, in 74 and 76 and is in the Hall of Fame.  Ernie expounds:

I saw Sam Lacey, so I knew what he was capable of.  Not to say that he couldn't play, but I just thought Cowens had much better mobility and  could shoot the ball better.  Red was leaning towards Lacey and he called to ask who I thought was the better player.  To me, Cowens was a perfect fit for the Celtics' system.  He could get up and down the court and could run all day long.  Red took my advice and it worked out for everyone involved.

For almost the past 60 years Ernie has remained involved with Kansas State.  The statue in this article is of him.  He has long been inducted into the Kansas State Hall of Fame as a player and an administrator.  He was athletic director for a very long time and then followed that up as the Director of Development for the Intercollegiate Athletic Agency.  Today he serves primarily as a fund-raiser.  He also still remains close friends with Bob Cousy today.

So the next time you think of an old Celtic, who actually greatly contributed to two title teams in a unique way, don't forget to remember Ernie Barrett.

And lastly for a great look at the man himself, take a few minutes to watch Ernie mic'd up during a game (you'll see him sitting with the aforementioned Winter, who was an old Bulls assistant coach with this guy when they had Jordan and Pippen):