What the Hell Happened to...Scott Wedman? 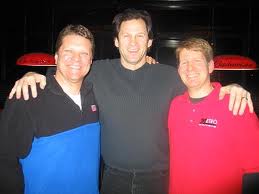 This week in What the Hell Happened To, we remember yet another in an endlessly long line of players in Celtics' history who came to the team after being an All Star elsewhere and fulfilled the dream to win an NBA title.  Scott Wedman was acquired by the Celtics in what turned out to be a steal, a trade for first round pick Darren Tillis.  He had come to the Celtics as one of the best shooting small forwards in the league.  After being named 1st Team in the Big Eight for his final 2 seasons at University of Colorado, he was drafted by the Kansas City-Omaha Kings in 1974 with the 6th overall pick.  He'd make All Rookie Team and would make the Western Conference All Star team in 1976.  But as stellar as his stats were during the regular season, Scott would be a big-time playoff performer too, averaging close to 23 ppg in 1980 and 21 ppg in 1981.  Scott could defend also, evident of his appearance on the 1980 All NBA 2nd Defensive team. 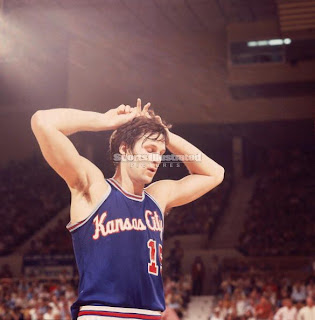 After the 1981 season Wedman was a free agent and wound up getting what was considered an enormous contract back then, $1 million from the Cleveland Cavs.  Since Wedman was a small forward, he knew he wouldn't be cutting into Larry Bird's minutes, but knew he could help out in a lot of other ways:


"I had no illusions when I was with the Celtics.  I knew I could still do certain things and I welcomed the challenges of playing guys like Marques Johnson, Julius Erving and Jamaal Wilkes, who were the better small forwards in the league those years.  But I also knew at the time the Celtics needing something different from me on those teams.  They had the best player in basketball.  Who could have realistically thought of taking Larry Bird's job away?  I'd watch Larry play from the bench and I would really be in awe of his intensity out on the court.  He was totally absorbed with the game.

Wedman continued to stay ready and knew his time would come.  He stayed in peak condition and was a disciplined athlete, very steadfast about nutrition.  Wedman's first season in Boston was coach Bill Fitch's last, and it was for the best.  When KC Jones replaced Fitch for the 1983-84 season, he made sure to make Wedman a regular in the rotation.  KC himself, a man of few words, had said "Wedman's not only a good player, he's a very good player."

Scott would have a few big playoff performances in 1984 vs the Bullets and Knicks and then in the Finals, vs the hated Lakers, he'd be even bigger.  In Game 2 after Gerald Henderson had stole the ball to tie it and send it to overtime, people may forget but it was Wedman's baseline 10 footer that proved to be the winning basket in overtime.  In 1984-85, the Celtics fell short in the Finals, but not before Wedman put on THE BEST shooting performances in NBA Finals history.  In Game 1, the Memorial Day Massacre, Scott shot a perfect 11-11 from the field, 4 of those were 3 pointers.  He had 26 points.

The next season, Wedman was basically the 7th man on what most people consider the greatest team of all time.  He played a key role during that season stepping in for Kevin McHale who was out for most of Feburay with an injury.  Wedman averaging 14.7 ppg as a starter and the team got through McHale's injury.  I was always bummed that Wedman was actually injured himself throughout the 1986 playoffs, and only got to appear in 12 games.

By the following season, Wedman's body began to fail him.  He only managed to play 6 games that year.  Most people, myself included, had thought if that Celtics' bench could've provided anything they could've won another title.  Instead the Celtics were forced to rely on Fred Roberts that year and the next.  In my opinion Roberts wasn't half the player Scott was and that's what killed the Celtics' chances.  I know once Roberts was the main backup forward, the starters wound up playing even more and that was a testament to how good a ballplayer Scott was.

Scott was traded prior to the 1988 season despite coming to the team in excellent physical condition and despite playing very well during training camp.  He was moved along with Sam Vincent to the Sonics for a second round pick.  He was apparently waived by Seattle, never playing for them.  He tried rejoining the Clippers but when that never panned out, he decided to retire.

The bottom line: Scott Wedman could play and he could really shoot.  Back when the NBA wasn't watered-down with overexpansion and players dictating who they insisted to play for, guys like Wedman and Walton went to the Celtics and guys like McAdoo and Maurice Lucas went to the Lakers.  The enormity of winning a title trumped everything.

In the true fashion of many of the WTHHT alumni (think Acie Earl & Rick Robey), Scott Wedman heads up his own real-estate firm in Kansas City, MO, which he started towards the end of his playing career.


"I have always enjoyed the Midwest and found work in the real estate business very satisfying.  For years my partners did all of the daily work for me because I was so busy with basketball.  It had a certain reward for me after I retired.   I was able to become more involved and hands-on, which I had done each summer.  There's a rewarding feeling in business, too."

Scott exemplified Celtics' pride during his tenure with Boston and it's great to see him still doing well. 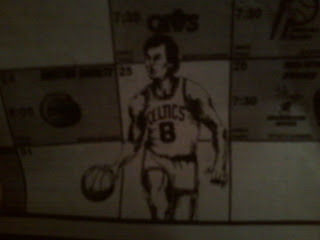