Was Ray Allen Just a Mercenary? 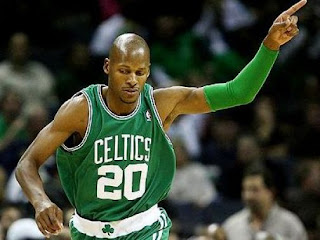 Throughout this whole ordeal with Ray Allen turning his back on the Boston Celtics and choosing to sign with the team's biggest current rival in Miami, I have been strangely content. I have seen and fully understand the outrage spewing from fans of all ages, but I haven't been feeling that way.

Am I still checked out?

Admittedly, I went pretty much off the grid following the game seven loss to the Heat. No sports radio, no Boston Globe, ESPN or Sports Illustrated. I even made the cardinal sin of neglecting CelticsLife. Luckily, my busy new living situation, with no cable, made this all infinitely more possible.

However, like a moth to a flame, I slowly made my way back. I watched a decent chunk of the NBA finals and started getting into some in-depth NBA draft and free agency stuff. I came back.

Then, what should have been the stomach punch to leave me gasping, Ray Allen agrees to preliminary terms with the Miami Heat. For some reason though, it did not have that effect on me. I was and have been OK with Allen leaving to join up with Dwyane Wade and LeBron James.

Was I resigned to Ray Allen not returning?

In a way, I was totally content with letting him walk. I had a very low expectation that he would be returning. I figured things had run their course. This group had their farewell tour and it would be almost disrespectful to expect Ray to return for low money and a heavily decreased role.

Then we all got sapped in. Once Kevin Garnett informed Boston of his decision to re-up, and Brandon Bass and Jeff Green made note of the Celtics being their first choice, the good feelings of May and early June returned.

They were only one win in two games away from the finals. The team that bested us demolished the Western Conference champions in the series. The Celtics were still in shouting (whispering?) distance of a title last season.

Look at the Eastern Conference falling apart around them. Atlanta was looking to deal Josh Smith and Joe Johnson. Philadelphia had Iguodala on the trading block and Lou Williams was a free agent. Chicago would be Derrick Rose-less for most of the season. Orlando was still in hostage negotiations. Roy Hibbert was being wined and dined out west. The Knicks were being the Knicks.

Things were wide open once again for a Heat-Celtics rematch. Boston slightly improved and healthy, Miami with the same team. Who was to say the team in green wouldn't be leading the ECF three games to two in another 360-odd days?

Then Ray pulled the collective chair out from under us and signed with the very team we would be battling with to come out of the East. Still, that wasn't it. I still felt no anger. 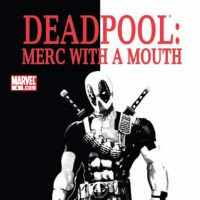 Was Ray always just a merc?

While he is no Julian Washington, Ray Allen has proven he is and maybe always was a mercenary.

Some guys named Merriam and Webster state that a mercenary is one who serves a group for money. While Allen didn't choose Miami for money, I still believe he has taken on this role.

To a lot of people his statement, "Forever, I’ll always be a Celtic," gained him some leeway. To others it was almost as hurtful as the leaving in the first place.

I take that quote to mean that honestly, he doesn't care about Miami. A mercenary solider cares little about the cause he/she is joining, they do it for ulterior motives. His going there has little to do with who they are, it was a deeply personal decision to leave the Celtics high and dry. That was the seminal moment that has caused me to feel this contentness.

Allen deserves all of the credit in the world for his charitable works and his outstanding gamesmanship while he was here. I cheered every three he hit and sympathized for him over his son's situation.

With all those feelings flowing over the past five years, coupled with numerous playoff runs, He Got Game viewings and the 2008 championship, I lost sight of what he actually was. Ray Allen was a Celtic, but not like Paul Pierce, Larry Bird, Tommy Heinsohn, Bill Russell and the rest were. He was a hired gun that came here to pair with Pierce and hopefully entice Kevin Garnett.

Did he become more than that during his five seasons in the Bay State, or were we blinded by our adoration of a truly great basketball player and honest, hard working man? It is tough to believe this because of all the great things he did and said here, but I fear it may be true.

It is hard not to respect Ray Allen as a man though, even after this ordeal. Still, some won't let go of this feeling of betrayal for a long time. When you look back at it, the Celtics traded for a 32-year-old shooting guard coming off double ankle surgery. He was hired to come in and win a title, which he did.

Now he has been hired away by another organization to do the same. It wasn't for money, which is the typical mercenary excuse, but there were benefits to moving on. Allen realized this and reverted back to what he maybe always was, a mercenary with a deadly jump shot.