Terry leaves Dallas, likely to be a Celtic 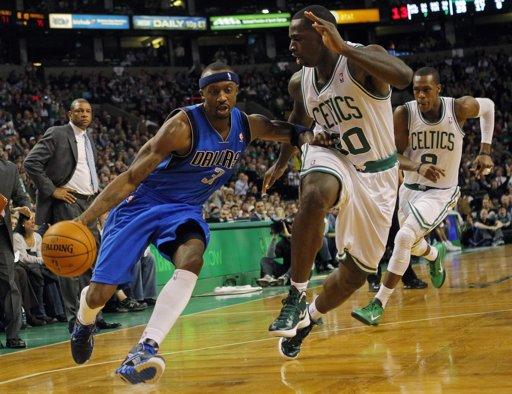 It appears more and more certain that Jason Terry will be a new member of the Boston Celtics next week:

In a phone interview with FOX Sports Florida on Wednesday, the free-agent guard said it's certain he will depart Dallas. He said he's still "solidifying a deal" with the Celtics, although not everything is completed.

"It definitely won't be Dallas," Terry said of where he will play next season. "They didn't offer (a contract)."

Terry, who had told FOX Sports Florida on Tuesday he would the give the Mavericks a final shot to sign him, offered no reason Wednesday why he might not end up in Boston. All indications around the NBA are Terry will sign a three-year, $15.675 million contract with the Celtics when free agents can sign deals July 11.


Probably Terry doesn´t confirm his agreement with the Celtics because the NBA is in the moratorium process, during which no contracts can be formally made.

Jason Terry is a terrific player that will be a huge element for our team in 2012/13. Terry can score at will and will eventually backup Rondo as well. With him and Rajon at the same time on the court the Celtics will be able to space the floor and also to be able to drive to the hoop in the same manner Bradley does.